Iran Could Become an Economic Superpower

My immediate reaction to the agreement was skepticism. We appear to have a deal that has a sunset provision after ten years, fifteen in another version, that relies upon inspections that do not appear to be anytime, anywhere, except at a tempo dictated to some degree by Iran. Furthermore, we have an enforcement mechanism that is sluggish and leads to delays and obfuscation, and we have a snap-back mechanism that is not likely to be very effective.

But there is no perfect deal.

The one we’ve struck has the advantages of eliminating most of the elements of a nuclear program by Iran for the next ten years assuming there is no cheating or hidden activity. It removes from the world’s agenda, for the moment at least, a serious threat — and potentially an existential threat — to Israel and other allies. The hopeful signal from the negotiators is that it could lead to a lessening of tensions with Iran over an extended period of time.

Most people have not focused on the economic competition that Iran will provide to Saudi Arabia and other countries once the sanctions are lifted. The Saudis would prefer a deal that diminishes Iran’s threat to the Saudi’s interests in the Middle East. They have a one-dimensional economy focused on oil. Because of the sanctions up to this point, Iran’s oil program has been curtailed. They have significant human resources, a well-educated population, a real middle class, and burning ambition to emerge from the sanctions and take their place as a prime competitor in the region.

The deal gives Iran a chance to become an economic superpower, particularly when compared to lagging economies and human capital in other parts of the Middle East. The Iranian people may have unrealistic expectations of how soon they’ll see economic benefits, but when they come, it will be substantial.

For the U.S., there will be businesses that will be happy to do business with Iran. It will have a more positive impact on future oil companies than it does on high cost producers because the price of oil will likely be suppressed when Iran is able to dump more oil from its storage and production onto the market.

And, the alternatives to the deal are not attractive.

One is to simply walk away and continue sanctions, and hope the Iranians are brought to the table again with more flexibility. That seems unlikely to me. It’s definitely hard to hold the Europeans, the Russians and Chinese to the existing sanctions and if America walks away, there’s nothing to prevent the others from lessening the sanctions on their own.

The other alternative would be military intervention at some point, and there’s not much appetite for that.

Jordan is the former ambassador to Saudi Arabia and the author of the new book Desert Diplomat: Inside Saudi Arabia Following 9/11 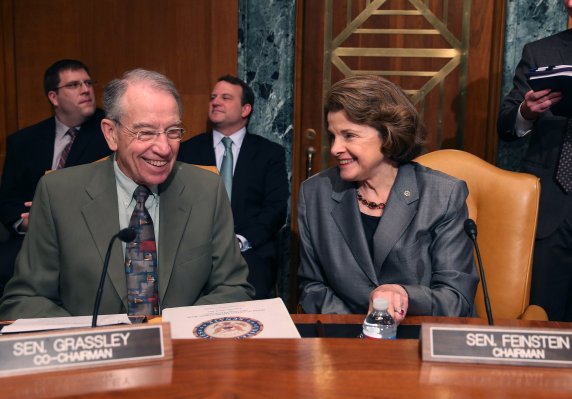 Senators Feinstein and Grassley: Break Down Barriers to Medical Marijuana Research
Next Up: Editor's Pick