What Iranian Identity Means to an Outsider

What is a pariah supposed to suddenly make of compromise and reconciliation?

Until this week’s nuclear agreement, there’s hardly been any precedent for me. My primary emotion regarding Iran, at least since 1979, has been embarrassment—followed closely by shame.

If there was ever a sense of pride it was minimal and impossible to sustain, especially growing up in Pittsburgh where Iranians were few, and where there was no escaping the glaring reality of my name, which marked me as a permanent and identifiable foreigner—and also a spokesman for a country that I barely knew anything about.

The ideal spokesman and instiller of pride would have been my Iranian father, but he had left home when I was a baby (and later ran for president of Iran in 1980). My country was the United States, where I was born and raised by my Jewish-American mother, and where, for obvious reasons, I frequently felt like I didn’t belong.

One of the great lessons of my upbringing is that one does not have complete autonomy when forging their own identity. Instead, it is cobbled together by various elements, including the way one is seen by others—the final result for me was the identity of the outsider, which I eventually embraced. But of all the psychological problems with which an outsider must contend—loneliness, humiliation, rage, etc.—the greatest difficulty might very well be the invitation one morning to be welcomed as an insider.

Thus my discombobulation with the shocking development of an accord, with smiles all around. My familiar home of enmity appears to have been taken away—or at least restructured. All that remains now, of course, is a reckoning of the last 36 years.

Saïd Sayrafiezadeh was born in Brooklyn and raised in Pittsburgh. He is the author of the story collection, Brief Encounters With the Enemy, a finalist for the 2014 PEN/Robert W. Bingham Fiction Prize, and the critically acclaimed memoir,When Skateboards Will Be Free, selected as one of the ten best books of the year by Dwight Garner of The New York Times. 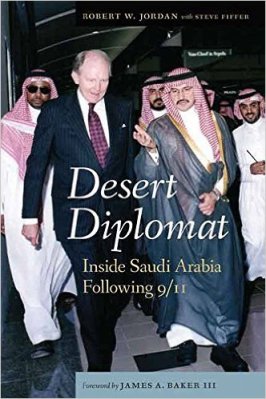 Iran Could Become an Economic Superpower
Next Up: Editor's Pick