Here's the Amount of Exercise That Lowers Breast Cancer Risk

More than 100 studies have found that physical activity can lower breast cancer risk; the most active women tend to have a 25% lower chance of developing the disease than the least active women. But how does exercise help?

Christine Friedenreich, scientific leader of cancer epidemiology and prevention research at Alberta Health Services, and her colleagues had identified body fat as a possible pathway to lowering cancer risk. In an earlier study, they found that women exercising 225 minutes a week showed dramatic drops in total body fat, abdominal fat and other adiposity measures.

That inspired the team to examine more closely the effects of the commonly recommended 150 minutes of moderate to vigorous exercise a week on body fat measures. They compared these effects to a doubling of that amount of activity, to 300 minutes a week, to see if more exercise had a greater effect in lowering body fat.

Reporting in JAMA Oncology, Friedenreich found that indeed, among 384 non-active women past menopause, some of whom were normal weight and others who were overweight or obese, those randomly assigned to exercise for 300 minutes a week over the year-long study lost more body fat than those who were active for 150 minutes each week. The women didn’t change their diet or any other aspect of their lives; they just exercised their allotted amount, by walking, running, cycling or using an elliptical machine or treadmill.

Overall, the women exercising 300 minutes weekly lost 1 kg—about 2.2 pounds—or 1% more body fat than those in the 150 minute group. The former also lost more abdominal fat and had a bigger drop in their waist to hip ratio. They did not, however, lose significantly more weight.

That last finding is important because many physical activity and cancer studies focus on weight as an outcome and correlate pounds lost with cancer risk. But Friedenreich wanted to specifically tease apart what physiologic effects exercise has on the body, specifically on fat, since fat levels have been linked to a higher risk of a number of cancers, including breast cancer.

MORE: Here’s How Well Your Genes Can Predict Your Breast Cancer Risk

“The exercise guidelines were developed with [heart disease] outcomes in mind,” says Friedenreich. “So at that level, they can have an effect on blood pressure, cholesterol levels and waist circumference. But for cancer prevention, we may need to exercise at higher volumes. So yes, doing 150 minutes of activity a week is good, but if you can do more, then from a cancer prevention perspective, 300 minutes is better.”

The fact that exercise can lead to a drop in body fat is especially important for cancer of the breast, she says, since fatty tissue is the primary source of hormones that can drive breast cancer after menopause. Fat also plays a role in the body’s immune and inflammatory responses, both of which are also involved in cancer. “I’m sure that doctors are advising their patients to be more physically active to prevent heart disease or diabetes,” says Friedenreich. “So we’d like to add cancer to that list of chronic diseases that exercise can potentially prevent or help to lower the risk.” 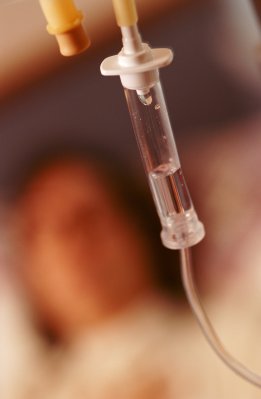 Why Breast-Cancer Survivors Gain More Weight
Next Up: Editor's Pick