How Alzheimer’s Is Different in African-Americans

The hallmark signs of Alzheimer’s are well-established—plaques of amyloid protein and tangles of tau protein in the brain, which work to suffocate and eventually destroy neurons that are dedicated to higher level functions such as memory and reasoning.

These patients were more likely to have not just the familiar plaques and tangles, but also other signs of neurological abnormalities, including Lewy bodies, signs of infarcts and blood vessel disease. In fact, 71% of the African-American patients showed this mixed picture compared to 50% of the white patients.

The most common—and surprising, says Barnes—connection involved the Lewy bodies. These are clumps of proteins that aggregate inside nerve cells, particularly those involved in movement. They are common in Parkinson’s patients and can contribute to tremors as well as hallucinations and sleep disruptions. Because the black population is known to have higher risk of circulatory disorders, including stroke and hypertension, Barnes expected to find more infarct-related differences when comparing the brains of African-Americans to those of whites. “We did not find that,” she says. “We found a much more mixed picture than just infarcts, and that was a little bit surprising.”

She says, however, that the prevalence of Lewy bodies in the brains might simply reflect a bias in the study sample, since they came from the population of patients who came to the Alzheimer’s clinic. Hallucinations and abnormal movements are more likely to cause patients to see a doctor than slips in memory, which many dismiss as a normal part of aging.

Still, Barnes says the findings suggest that there may be important differences in the way Alzheimer’s develops in African-Americans that is being missed with the dominant focus on plaques and tangles. “They suggest that treatments currently on the market targeting plaques and tangles, if they are given to a population that has more mixed disease, may not respond as well to the medication,” she says. “Right now we are focused on amyloid and tangles. But maybe we need to be thinking about Lewy bodies and infarcts as possible treatment targets.”

It’s possible, for example, that in African-American patients, a combination of drugs that includes other medications to treat blood pressure or diabetes might be as important for addressing symptoms of dementia.

The results also suggest that having better ways of detecting not just the plaques and tangles but other changing brain abnormalities, particularly in non-white populations, are desperately needed. But Barnes says that little is known about how brain disorders evolve in different racial and ethnic groups because there are very few studies involving them. “We need to have better biomarkers—something to actually detect things in the body, blood and brain to help us see how the disease is playing out in different racial and ethnic groups,” she says. “But we need people participating in the studies to do that.” 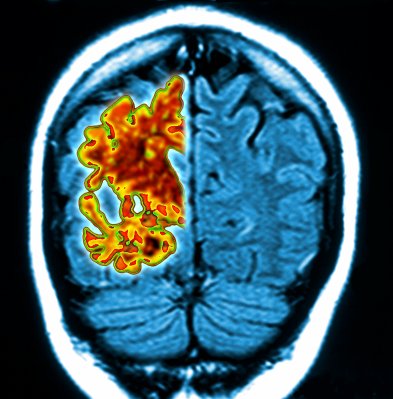 Alzheimer’s May Begin 20 Years Before Symptoms Appear
Next Up: Editor's Pick