About a year after I moved to Tokyo with my husband and two boys, my 6-year-old vanished off the street. No, he wasn’t snatched, and he didn’t fall into a sinkhole. He simply wandered off while I wasn’t paying attention. During our brief separation, of course I was worried—I’m from New York. But when I finally found him, blubbering outside a Sunkus convenience store, I told him he had never been in any real danger, because we were in Tokyo, and kids his age make their way around the big city all alone all the time. (He still cried, and I still felt bad.)

Sign up here for Time for Parents, a weekly newsletter of the most interesting and useful parenting news from all over the web.

This is one of the first things you learn about parenting in Japan: that even very young children are expected to be independent and self-reliant enough to go to school unaccompanied, even if it means taking a city bus or train and traversing busy streets. The country’s extremely low crime rate means it’s safe, and the general feeling among parents is that the community can be trusted to help look out for its own. (It’s also why nobody locks up their bikes, and why ladies leave designer handbags on seats in Starbucks before lining up for their beverage. What can happen?)

In the five years we lived in Tokyo, I learned some other ways to fit in as a parent:

Don’t talk about your kids. While American moms seem willing to kvetch to just about anyone about their struggles, Japanese women tend to keep the personal private, sharing only with their closest confidantes. And simply mentioning that your child plays for this soccer team or attends that academy can come off as boastful; it’s enough that he is seen in public wearing the uniform. But make no mistake—parenting in Japan is hyper-competitive, and there’s a lot of pressure to make sure your kids get into the right schools. The prep for entrance exams is intense.

Practice extreme attachment parenting, but do not hug. You might send a six-year-old out the door solo, but attachment parenting is the norm on the home front. Moms typically take their babies everywhere, by sling or Baby Bjorn-like carrier, wearing them around the house, out to the shops, even cycling across town. (In a Nagano resort town, I saw a Dad on skis with a baby in a pink snowsuit strapped to his back.) This physical closeness is in many ways how affection is expressed; there is no kissing or hugging. In most households, the family sleeps together, with mom on one side of the futon, dad on the other and child in the middle, an arrangement resembling the Japanese character for river ( 川 ) that can continue well past preschool. And you’ll see lots of moms take their small children with them for a soak in the public baths. The Japanese call it “skinship”—everyone’s naked in the onsen (hot springs).

Keep a lid on their self expression. This is a message Japanese parents drill into their kids from the start: to always think of other people and act accordingly, to help keep the peace, above all. Wherever we were—in a restaurant or museum or food shopping hall, jam-packed pedestrian lane or popular hiking trail, I’d see Japanese kids all calm and contained while my boys jostled each other or rushed past little old ladies with canes, noisy with talk. (You don’t have to shout to be heard over the hush of a Tokyo crowd.) In Brooklyn, this sort of behavior came across as good-natured boisterousness; in Tokyo, it seemed positively feral.

Don’t fret about what’s appropriate kid entertainment. Nobody at the Tokyo cinema seemed fazed when a trailer for a film like Resident Evil played right before a showing of Toy Story III. Realistic-looking play guns are still sold in toy stores. There’s sexual imagery in manga comics. The cute and cuddly stuff—the cartoony culture of kawaii that is everywhere—helps balance things out.

Take flowers seriously: Making a picnic under a cherry blossom tree during peak season is a family affair; baby’s first hanami (cherry blossom viewing) is a photo op. Parks and gardens are exquisitely designed and painstakingly curated. And where and when children can run and play is strictly controlled.

Take fairy tales even more seriously. It’s common in Japan to share stories and characters from Japanese legend and to mark their festival days. There are many throughout the year, like the Tengu Matsuri honoring a long-nosed goblin, and Setsubun, a day to cast out Oni the ogre by throwing fistfuls of dried soybeans. Protectors, like Daruma, are often the ugliest ones. It’s classic tough love—and probably the image I’ve held on to the most since our return to the U.S. As a parent I’m staying fierce on the outside. It’s the only way to survive middle school. 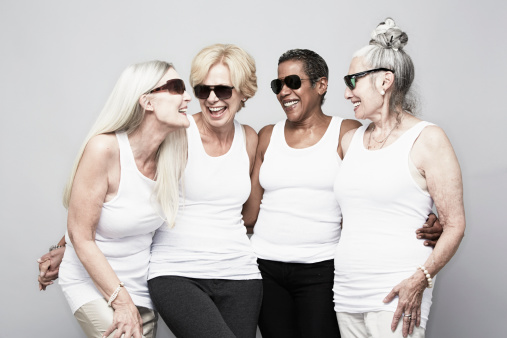 7 Habits of People Who Age Well
Next Up: Editor's Pick