Andy Cohen's Apology to Amandla Stenberg Is Part of a Pattern

Yesterday, Andy Cohen, the host of Bravo’s talk show Watch What Happens Live, apologized on social media for criticizing Hunger Games actress Amandla Stenberg. Stenberg had been mentioned in Cohen’s “Jackhole of the Day” segment for criticizing Kylie Jenner’s braids as cultural appropriation. Cohen had, in the run-up to his apology, pointed out that 16-year-old Stenberg herself had not been his target, but rather the “Instagram feud” between the two. That’s true to the letter of his on-air remarks, but not their spirit.

Calling the “feud” itself a “Jackhole” is incoherent, and it also reduces any criticism a star could make of another, no matter how well-reasoned or well-intentioned, to just being a hater. Aside from all that, Stenberg is only 16 and not actually that prominent. This whole story could have been left out of the “Jackhole” segment and its absence would not have been noted.

But the specifics of this case are part of a longer story. This is hardly the first time Cohen has felt compelled to apologize for loose talk. A simple Google search brings back memories of the time he used gay slang to describe members of the band One Direction, or called reality star Heidi Montag “trash,” or said New York’s PS 22 chorus “was the worst” at their Oscars performance, or called a tennis sideline interviewer “that poor lesbian reporter.” Each time brought the requisite apology: Cohen is accustomed to speaking freely and sometimes uses that freedom to push past a zone dictated by others’ comfort, or simple good taste. This time, though, felt different; rather than simple criticisms, Cohen was met with a trending #BoycottBravo hashtag, a legitimate concern for the star of a network whose most-highly-rated Housewives series features a cast made up exclusively of black women. Though the scandal appears to have died down somewhat, a network whose brand is built at this point upon its appeal to black women has an image problem when its signature star is so willing to jump in on issues he admits he doesn’t understand.

Cohen, and Bravo, are playing with fire every night. Indeed, that’s the appeal of Cohen’s brand. He’s willing to leverage both the live nature of his broadcast and his own boundary-pushing sense of humor in order to keep his broadcast fresh. He’s the one host who’s willing to ask frankly embarrassing questions of his guests; he’s the host people expect to be untrammeled. His looseness, though, stems only in part from a willingness to offend audience pieties, which some ninety-five percent of the time doesn’t go past some invisible line. That’s what late night in the age of Jimmy Fallon needs more of. But the other five percent of the time, Cohen speaks with a lack of context or understanding of what, precisely, he’s talking about.

Watch What Happens can be messy in a fun way, but it can also just be messy. At its best and its worst, it is exhilarating television, usually on the basis of Cohen’s wild guests. But as Cohen’s star has risen, he’s moved from instigator to center stage: too often, the show is spent worrying whom Cohen will take down for no reason but pique. (It’s notable that Laverne Cox, one of Cohen’s two guests during the Stenberg segment, has said she was uncomfortable with the topic being raised.) If he’s going to categorize a dispute between two minors over contentious issues of race as “Jackhole” territory, he should at least be aware enough of the facts of the case to make a remark that makes sense. Cohen works best as a ringleader of wacky celebrities, not as a star whose strange flights make us wince as we watch them happen. 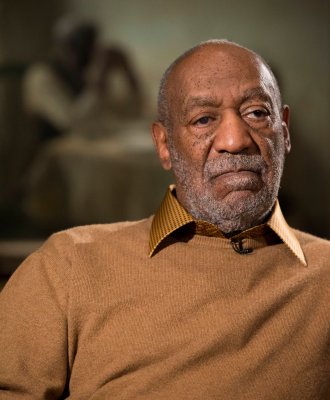 Actor: 'Cosby is Guilty'
Next Up: Editor's Pick