Pluto the Dog Has Appeared on Pluto the Planet

Twitter seems to think that one of the biggest discoveries from NASA’s Pluto photos is the presence of Pluto himself — the dog, that is.

A lighter patch on the planet happens to be in the shape of what looks like the ear and the face of the Disney dog—which couldn’t be more appropriate, given that the character was originally named after the dwarf planet. 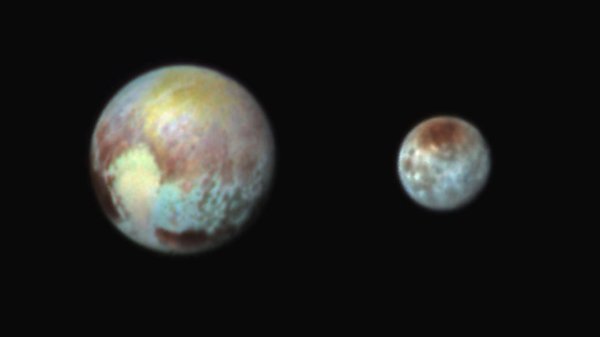