An Australian woman has been detained in Abu Dhabi, and is to be deported from the United Arab Emirates after she took a photo of a car parked across two disabled parking bays and posted it to Facebook.

Jodi Magi, who has worked in the UAE teaching graphic design since 2012, took the photograph in February to draw attention to the driver’s apparent lack of consideration, although she obscured the number plate, reports News.Com.Au.

However, following a complaint to police, the case went to court in June. Magi, 39, was charged under the UAE’s Cyber Crime law and was found guilty of “writing bad words on social media.”

She was issued with a fine of about $2,700. But when Magi went to pay the fine Monday, authorities detained her, pending, they said, her deportation.

Australian Foreign Minister Julie Bishop told media Tuesday that she expected Magi to be deported in “a very short time,” and that consular officials were giving assistance to Magi and her husband. 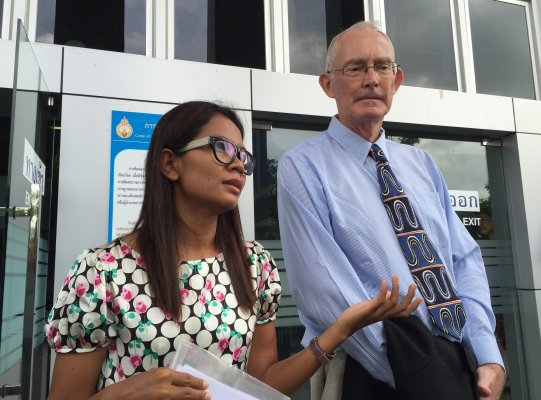 Australian Editor and Thai Colleague Appear in Court Accused of Defaming the Thai Navy
Next Up: Editor's Pick