In a speech at the National Council of La Raza in Kansas City, the Democratic frontrunner for the presidential nomination expressed her displeasure with the Republican candidate and real estate mogul’s invectives against Mexican immigrants, many of whom Trump said are “drug dealers” and “rapists.”

“When people and businesses everywhere rejected his hateful comments, did he apologize? No, he doubled down,” she continued.

“I have just one word for Donald Trump: Basta! Enough!”

The candidate for president posted the section of her speech that referred to the controversial Republican candidate on her Twitter, along with a clear message.

Clinton has embraced immigration reform as one of the major goals of her would-be presidency, saying she supports a full path to citizenship for undocumented immigrations and would take executive actions that go farther than President Obama’s to protect the undocumented from deportation.

Trump has been a headache for Republican leadership, which is struggling to appeal both to conservative primary voters and reach out to new Hispanic immigrants. Much of the Republican field of candidates has condemned him.

If she wins the primary, Hispanics will be a key demographic for Clinton in a general election, and the Clinton campaign has often used Spanish in its messaging. Monday’s speech, however, was especially to the point. 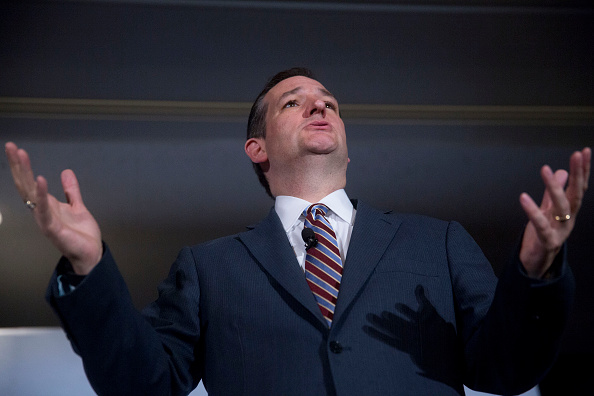