By Katy Steinmetz and Adam Perez

Actress Laverne Cox doesn’t like to be called a role model. She prefers the term “possibility model.” And TV is giving 14-year-old Jazz Jennings the platform to be one, too.

In case you’re not the type to follow TV lineups, Cox is the transgender woman playing a transgender inmate on the Netflix series Orange Is the New Black—which is quickly becoming just one of many shows with a prominent, ongoing storyline about gender identity.

Netflix has another show, Sense8, a sci-fi drama about people around the world who become telepathically linked, one of whom is a transgender hacktivist in San Francisco. Amazon’s Transparent, starring Jeffrey Tambor as a transgender woman who transitions late in life, was recently renewed for a third season to air in 2016. Meanwhile, there will be three new reality series that follow transgender leads: I Am Cait, an E! docu-series about former Olympian Caitlyn Jenner; Becoming Us, an ABC family show about two transitioning dads and their adapting children; and I Am Jazz, a TLC show that premieres Wednesday about Jennings’ tale of navigating the world as a transgender teen.

While some may feel like transgender issues are being exploited or overexposed by (reality) show producers, putting people like Jennings on TV can serve a vital purpose for other young people who are questioning or grappling with their gender identity—that innate sense of being male or female that doesn’t always match up with what the doctor proclaims in the delivery room.

Many transgender people, especially older ones who had to come to terms with their feelings in a world before the Internet—much less a Netflix series—will say they didn’t have the courage to be honest with themselves and come out until they encountered another transgender person in real life (or, as Cox might say, a possibility model).

Nina Chaubal, a transgender woman who immigrated to the U.S. from India and worked at Google before helping to found Trans Lifeline, says that moment came for her at a conference where she saw a transgender woman featured as a speaker. “When you see someone you identify with who meets your definitions of success, it gives you the hope that you’ll be successful,” she says. “And that matters. That matters a lot.”

Part of the reason it matters is that discrimination and family rejection can still be daily, traumatizing issues for transgender people, particularly young ones. This new era of shows touches on transgender issues with more dignity than the pitfalls of previous decades, like salacious chair wars on the Jerry Springer Show and dismissive “Tranny Hooker” credits on Law & Order. But even a more respectful media spotlight is no magic wand fixing the much higher-than-average rates of homelessness, poverty and harassment they experience as a demographic. A staggering 41% of transgender people interviewed for a National Gay and Lesbian Task Force study said they had attempted to commit suicide.

And so examples like Jennings—while they might seem like a network’s attempt to cash in on the zeitgeist as much as a thoughtful exploration of America’s margins—have the potential to make a big difference for viewers who need an example to live by (that might make life seem more livable) and to provide some basic education about LGBT issues for others.

“There are more media representations that young trans people can look to and say, ‘That’s me,’ in an affirming way,” Cox told TIME last year. They’re also giving people chances to talk about important policy issues, like how in the majority of states, it is legal to fire someone or deny them service or kick them out of their apartment because they are gay or transgender.

At the tender age of 14, Jennings seems aware of how valuable it can be to see a transgender teen just being a teenager. So is the example of her accepting, loving mother, regardless of whether this TLC treatment ends up being tasteful. That’s not to say the content of the show does not matter, but that a silver lining will remain. “The main thing that really keeps me motivated in continuing to share my story,” Jennings tells TIME, “is the fact that I know change is being created when I see people who tell me that I’ve really affected their lives. It’s just a beautiful thing.”

Read next: The 25 Most Influential Teens 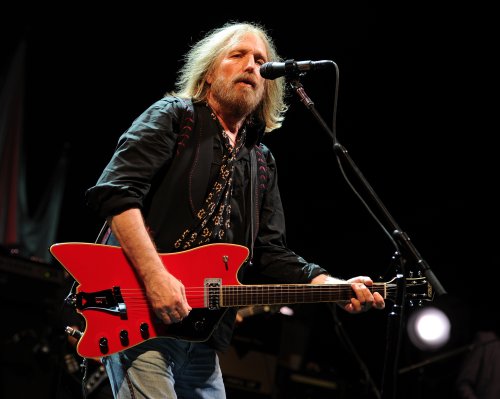 Tom Petty Regrets Using Confederate Flag in Past Tour
Next Up: Editor's Pick