You sail out of the interview, practically high on the unshakeable feeling that you absolutely nailed it. The interviewer was openly impressed with your experience, you didn’t stumble over your answer to the sometimes perplexing “why should we hire you for this position?” question, and you’re wearing a new get-the-job outfit to boot. You ship off your thank-you note with a smile on your face, and pounce on your phone every time it vibrates, hoping for an offer.

But a few days pass without hearing anything from the interviewer, then a week, then two, before you get the sneaking suspicion you were just ghosted by a promising company. “I definitely see why there’s frustration in this situation from the jobseeker’s perspective,” says Vicki Salemi, career expert for Monster. Salemi is a former corporate recruiter, so she’s got some insider intel about what could be going on behind the scenes in these situations—and what you should do when it happens.

Hearing nada from someone who holds the key to a shiny new job and, it seems like, your future happiness, can be crushing. Still, don’t give into the temptation second-guessing your worth as a job candidate. “So many things can be happening at the company,” Salemi says. Here, just a few of the countless examples: first the hiring manager is on vacation, then gets back right as the boss jets off on a trip, and when she returns, the financial person who signs off is out of town. Or maybe an internal candidate is interviewing, or you’re the first person in a long line to nab an interview so there are plenty of people to meet on their end, or the financial department completely shut down the job opening. Instead of immediately thinking you did something wrong, recognize that a lot of things in this situation are out of your control, so the silence may not reflect on you at all.

2. Going forward, ask for a timeframe.

One of the easiest ways to squash this kind of uncertainty is by taking advantage of that moment in the interview when you’re in the interviewer’s seat. “Ask when you can expect to hear back about next steps,” Salemi says. You can add to that by saying you know how busy they are and that sometimes things get stalled, so you’d like to follow up with them by a certain date. After that, stick to your word. “Staying on top of deadlines may be a skill set they covet in the job they’re filling, so following up when you say you will can be a good demonstration of that,” Salemi says.

What if after your first follow up, you hear nothing or get a response that says they’re still figuring things out? While your instinct may be to bombard them with emails explaining how perfect you are for the job, restraint is key. Salemi suggests following up every 10 days to 2 weeks, and don’t panic that you’re driving them crazy. “When I was a recruiter, I was so busy on the phone all day juggling up to 150 candidates. I appreciated candidates who followed up because it helped them remain top of mind,” Salemi says. Of course, if you’ve followed up a couple of times with no response and start to feel like enough is enough, listen to your gut and let them come to you. “When there’s interest in your candidacy, they’ll get in touch with you,” Salemi says.

Maybe weeks or months have passed and deep down, you think the job is a lost cause. That doesn’t necessarily mean you should stop all contact with the person in charge of hiring. Depending on the situation, it might be the perfect segue into a relationship that pays off down the line. “I’ve hired people who stayed in touch with me. Maybe they didn’t work out for a specific job, but they said something like, ‘If any other financial analyst roles come up, I’d love to chat with you,’ then reached out every so often,” Salemi says. The secret here is that you should focus on the relationship you want to build, not so much on a specific role. That mindset embodies the three characteristics Salemi says are essential for all jobseekers: persistence, patience, and flexibility.

This article originally appeared on Levo.com 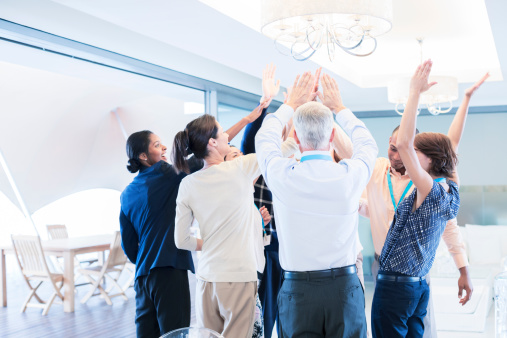 Warren Buffett's 9 Tips for Happiness and Success
Next Up: Editor's Pick