Senator Ted Cruz, a Republican from Texas and 2016 presidential candidate, speaks during the Faith and Freedom Coalition's "Road to Majority" legislative luncheon in Washington, D.C., U.S., on Thursday, June 18, 2015.
Bloomberg—Bloomberg via Getty Images
By Alex Altman

One of the hoariest cliches in conservative politics is to claim you don’t read the New York Times. Ted Cruz has picked a fight with the Times after the paper claimed that people aren’t reading him.

The spat between Cruz and the Gray Lady began last week, when the newspaper said it would omit the Texas Republican’s new memoir, A Time for Truth, from its bestsellers’ list. The book has sold 12,000 copies since its release on June 30, according to Nielsen Bookscan data provided to TIME. That’s enough to rank the volume among the top few nonfiction hardcovers.

But the paper determined the book’s stats were goosed by “strategic bulk purchases” in a bid to game the system and make the list. The Times has stood by its decision as Amazon, an impartial retailer, and publisher HarperCollins have said they found no evidence of attempts to manipulate sales statistics.

Cruz’s team wanted to make the bestsellers list, which would have conferred a stamp of credibility on his literary debut. But a public battle with the paper of record was an even better result. For a conservative presidential candidate, the New York Times—an emblem of liberal elitism, right up there alongside arugula, the Toyota Prius and San Francisco—is a perfect foil.

And the Cruz campaign has done its best to fan the flames, blasting out a series of statements decrying partisan bias. The kerfuffle is “a chance to get yet more attention and drive readers to Senator Cruz’s book,” Keith Urbahn, the book’s literary agent, told Politico. “This controversy is already helping sales.”

MORE: Here’s Which 2016 Candidate’s Book Sold the Most Copies

As it happens, A Time for Truth is a good read—especially by the dismal standards of the genre. A candidate memoir has two overriding goals: first, to make money for the author; and then, to do no harm to the writer’s future prospects. When boring is the best-case scenario, the result is almost always a pudding of platitudes. (A typical line from Hillary Clinton’s Hard Choices, selected by opening the book at random: “Hard men present hard choices—none more so than Vladimir Putin, the President of Russia.”) Even worse, such books reveal little about the author, other than he or she is ambitious or long-winded enough to write an entire book without saying anything controversial.

Cruz’s book is different. First, he is both a fluid writer and a talented storyteller. He knows how to bait the hook to lure in readers. A section about clerking at the U.S. Supreme Court, for example, opens with an anecdote about watching hard-core pornography with Justices William Rehnquist and Sandra Day O’Connor.

But the book has merits beyond the prose. One of them is the revealing glimpse it offers into Cruz’s family background. The senator has gotten a lot of mileage out of the remarkable life of his father, a Cuban revolutionary who came to Texas with $100 sewn into his underwear, learned English from the movies, launched an oil company and now travels the country as a Tea Party icon. But Rafael Cruz isn’t the only member of the family with an fascinating story.

Cruz recounts how his mother, Eleanor Darragh, defied her own father to become the first in her family to attend college, emerged from Rice with a math degree, then dodged clerical duties and became a computer programmer at Shell after refusing to learn to type. He talks about his half-sister’s struggles with drug and alcohol addiction, and his aunt’s battles with Castro.

But beyond biography, the book has enough dishy material to sustain the attention of non-political obsessives. It’s filled with interesting nuggets on everything from Justice David Souter’s dietary habits to the Bush campaign’s legal machinations during the 2000 recount to a shouting match inside a Republican Senate luncheon. You don’t need to have a strong opinion of Cruz one way or the other to appreciate the glimpse it offers into campaigns, the Capitol or the country’s top courtrooms.

Like all political documents, this one is self-aggrandizing, meant to explain the origins of Cruz’s brand of conservatism as well as underscore his commitment to principle in the face of adversity. But it’s also sprinkled with enough self-deprecating stories and personal insights to humanize a politician who is often reduced to caricature by both fans and opponents.

If the fight with the Times makes it likelier that ordinary readers will pick up the book, then the paper has done Cruz a favor. And those who end up buying the book because of the spat won’t be any worse off, either. 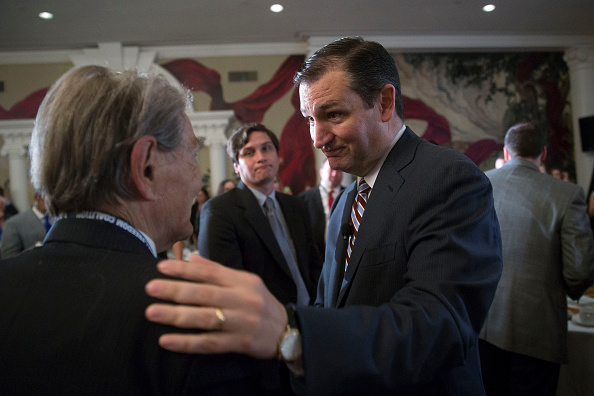 Cruz Tries to Prove a Conservative Can Win
Next Up: Editor's Pick