By now, after the movie earned more than $115 million during its opening weekend, it seems like everyone has heard of Minions, the spin-off film featuring the pill-shaped sidekicks from the Despicable Me series. But there are also a lot of people who are boycotting the adorable creatures for ridiculous reasons.

In a funny but strangely antagonistic article for Grantland, Rembert Browne writes sarcastically about the Minions and race. “It’s hard to think of a culture — or an entire society — more diverse than the Minions. Which is why it’s not a stretch to say this: If you don’t like the Minions, you probably hate diversity.”

The lack of diversity isn’t the only complaint. Minions creator Pierre Coffin said that none of the Minions are women because he can’t imagine such bumbling, stupid (though undeniably cute) creatures being women. In a critique on Bustle, Jennifer Still writes, “Though Coffin’s explanation, at face value, does make Minions seem rather feminist — he’s saying women are too smart, cunning, and resourceful to be portrayed as Minions — it’s still disappointing that there isn’t female representation amongst the Minions.”

But the strangest problem that anyone has with the Minions is from Brian Feldman at The Awl who accuses the creatures of destroying the Internet. The creatures have become a favorite of “middle-aged mom memes” in which they are featured alongside inspirational sayings and emotional treacle and posted to Facebook or Pinterest to excite the tugging of heart strings usually reserved for Kleenex commercials and Lifetime Christmas movies.

The thing about the Minions is that they are none of these, and they are all of these. Their appeal, and the reason why so many have exploited them for political arguments and a discussion about the Internet is that they are basically cyphers. They are amorphous blobs of a strange yellow hue whose nonsense language (seemingly derived from Beaker on The Muppet Show) is a series of toots and grunts with some polyglot words sprinkled in for extra flavor. We can make the Minions mean anything because they allow themselves to be everything. They can be playful little scamps who want to show you the importance of family, or they can be an animated illustration of the patriarchy writ large.

The claims about diversity and feminism seem a little bit absurd. No one seemed to critique “The Simpsons” for having as little diversity as just about every other sitcom on television or accuse “The Smurfs” of all being the exact same shade of blue. And considering that the one female smurf, Smurfette, who was magically manufactured by an evil wizard to infiltrate their all-male society and tear it down from the inside, spends most of her time worrying about her hair and fending off the affections of her cohort, it’s not like she’s Rosie the Riveter in a mushroom.

The claims of the Minions destroying the Internet are harder to refute. After all, their blank nature makes them perfectly adaptable to Mom Memes with little real meaning at their sentimental center. But they’re not the only animated characters that have met this fate. Nick Douglas points out on Medium that such memes incorporate all sorts of cartoon creatures including Garfield, Betty Boop, and the Tasmanian Devil. The Minions vague affectations might make them easier to cut and paste into Photoshop “art,” but they’re by no means the ones who created this genre or are solely responsible for it.

So why is everyone being so harsh to the Minions? I think it’s so easy to mess with the Minions because they seem almost cravenly devised by the movie studio gods to make kids happy. Attacking Minions is a way of subverting the capitalistic aim of cuddly cartoon creatures meant to sell plush toys, back packs, and everything else with a flat surface that their likeness can be printed on.

The Minions were intended to be harmless, funny creations seemingly spliced together from everything children like. They are silly, they fall down a lot, sometimes their butts hang out, and they get dressed in silly costumes more quickly than Bugs Bunny trying to woo Elmer Fudd while wearing Veronica Lake drag. There is something so craven about them that you can just see a marketing executive stirring a cauldron and laughing an evil laugh. Messing with them, therefore, becomes not only subversive, but almost essential.

By why do we have to tear down something that is so beloved it had the second-biggest opening weekend of all time for an animated film? Can’t we just let the Minions make kids happy? Can’t we just let these galumphing pods of ridiculousness make us laugh for a little while? Maybe the world doesn’t need to right its wrongs by using these guys as an example. Maybe the world needs a little more of what they offer in spades: cuteness. 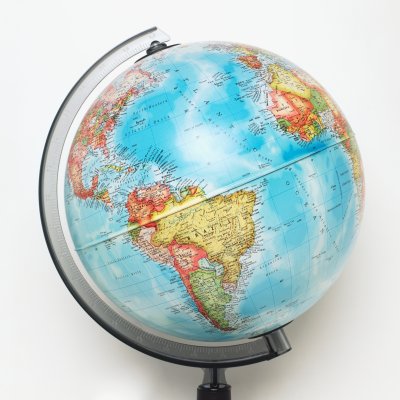 A Way to Move Past Implicit Bias
Next Up: Editor's Pick