A zoo alarm system that monitors temperature, ozone and oxygen levels in the tank went off at about 1:45 p.m. Friday, reports the Los Angeles Times. Zoo staff, including a 24-hour manager, veterinary staff and the animal care unit converged at the stingray tank, where the animals were reportedly behaving oddly.

The exhibit was closed and staff fought to add oxygen to the pool. Within about 20 minutes of the alarm sounding, oxygen levels were restored.

But four southern stingrays and 50 cow-nose rays died despite the efforts, said the Chicago Zoological Society.

“We are devastated by the tragic loss of these animals,” said Bill Zeigler, senior vice president of animal programs. “Our staff did everything possible to try and save the animals, but the situation could not be reversed.”

The stingrays had been kept in a shallow, saltwater pool that allowed guests to touch and feed them. 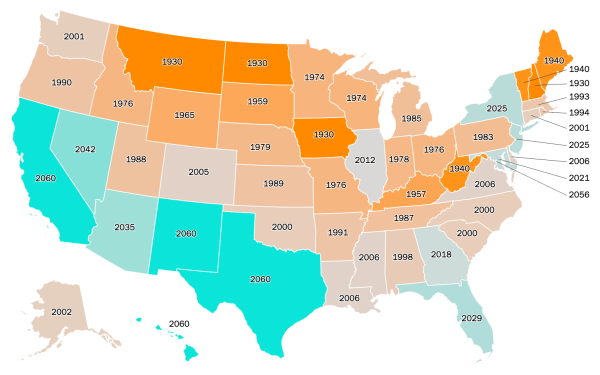 Find Out if Your State Is America's Past or Future
Next Up: Editor's Pick