John Oliver is a self-professed sports fan. “I love sports,” he said on Last Week Tonight. “In fact, the only times I’ve cried as a grown man have been while watching actors playing coaches deliver inspirational speeches set to stirring music.” Oliver’s love of the game didn’t prevent him from making an impassioned plea to stop spending taxpayer money on lavish stadiums, though.

“The vast majority of stadiums are made using public money,” said Oliver, citing a report from 2012 that revealed the staggering statistic that “$12 billion [has been] spent on the 51 new facilities opened between 2000 and 2010.” And, as Oliver noted, most of them “look like they were designed by a coked-up Willy Wonka.”

Oliver had one question for these exorbitant expenses: Why are tax dollars being used to fund stadiums? “Sports teams are wealthy businesses with wealthy owners and they still get our help,” Oliver said. “Pretending you’re poor is wrong. It wasn’t okay when Mary-Kate Olsen went through her hobo phase, and it’s not okay now!”

To prove his point about how cities like Cincinnati and Milwaukee have bent over backwards to keep sports teams happy, Oliver noted that just six days after Detroit declared bankruptcy, they got approval to spend more than $280 million in taxpayer money for a new arena for the local NHL team — even though the Red Wings owner, Mike Ilitch, is the founder of the Little Caesar’s pizza chain and worth an estimated $5.1 billion. As Oliver noted, “That’s a little hard to swallow.” 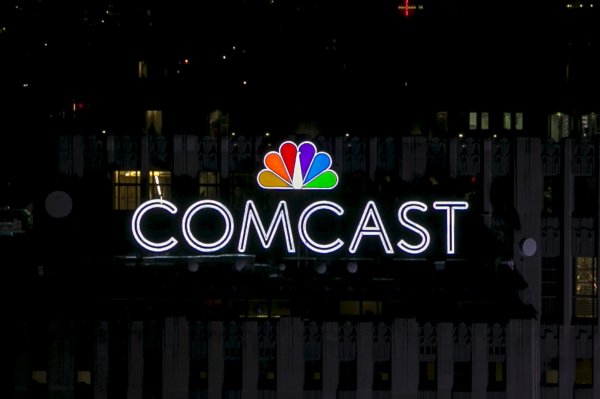 Comcast Is Launching an Online-TV Service Called Stream
Next Up: Editor's Pick