What Twitter Thought of Bailout Proposals for Greece: #ThisIsACoup

Greece and the rest of the euro zone finally reached an agreement on terms for a bailout package early July 13, following tense talks that stretched through the night. Those talks centered on a package presented to Greece on July 12 that had many Twitter users up in arms and embracing the hashtag #ThisIsACoup.

The hashtag is also currently the subject most searched by Greek users of Google.

The terms of the agreement have not yet been made public but the original proposals included controversial elements introduced by Germany — such as a possible euro “timeout” for Greece and €50 billion (about $55 billion) in public assets set aside for loan payment and collateral — and drew ire from netizens not just in Greece but across the globe.

The hashtag appears to have started with a tweet by physics teacher Sandro Maccarrone in Barcelona, who wrote, “The Eurogroup proposal is a covert coup d’etat against the Greek people. #ThisIsACoup #Grexit” late on July 12.

New York Times columnist Paul Krugman drew attention to the phrase in a column published not long after that, saying, “This Eurogroup list of demands is madness. The trending hashtag ThisIsACoup is exactly right. This goes beyond harsh into pure vindictiveness, complete destruction of national sovereignty, and no hope of relief.”

Within hours, the hashtag had exploded, trending across Europe and even gaining popularity as far away as Egypt and Australia.

Many of the tweets make emotionally charged references to 20th century history, including references to the Nazi occupation of Greece and the 1953 London Conference, during which 50% of Germany’s postwar debt was forgiven.

Under the terms set on the evening of July 12, Greece had roughly 24 hours to endorse the new package. 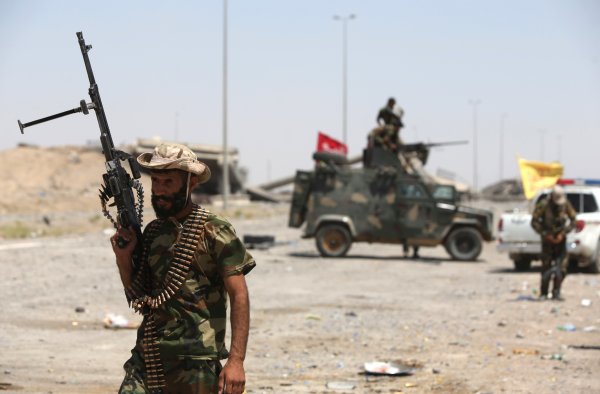 35 Dead in Baghdad Bombings
Next Up: Editor's Pick