Olivia Jordan, Miss Oklahoma, took home the crown at this year’s Miss USA pageant, in a contest that was mired in controversy after it’s co-owner Donald Trump made a series of highly controversial comments about Mexicans.

The pageant was held in Baton Rouge, La. for the second year in a row. Trump himself chose not to come, saying he had to attend to his presidential campaign.

Last month, Trump referred to many Mexican immigrants as rapists and drug dealers in his presidential campaign announcement, according to the Associated Press. The comments infuriated the Hispanic community and many of Trump’s business partners, causing both Univision and NBC to back out of airing the pageant. Many of the original hosts and judges also dropped out.

Reelz, a digital cable network, stepped in to broadcast the ceremony instead, saying, according to AP, that it was “an integral part of American tradition.” To fill the hosting gaps, the show brought back old Miss USA and Miss Universe contestants as judges. 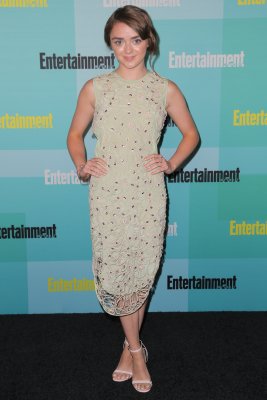 See the Stars Align at EW's Comic-Con Party
Next Up: Editor's Pick