Watch a 108-Year-Old Woman Throw Out the First Pitch

108-year-old Evelyn Jones of Woodinville, Wash., waves to the crowd after throwing out the ceremonial first pitch on her birthday before a baseball game between the Seattle Mariners and the Los Angeles Angels, in Seattle, on July 11, 2015.
Stephen Brashear—AP
By Ryan Teague Beckwith

A 108-year-old woman made history Saturday when she became the oldest person to throw out the ceremonial first pitch at a Major League Baseball game.

Evelyn Jones threw out the pitch at the Seattle Mariners’ Safeco Field before a game against the Los Angeles Angels.

A team spokesperson said she watches every game in her room at her retirement community so that other residents won’t bother her, according to a local television station.

The previous record-holder was a 105-year-old woman who threw out the pitch at a San Diego Padres game last year, according to Sports Illustrated. 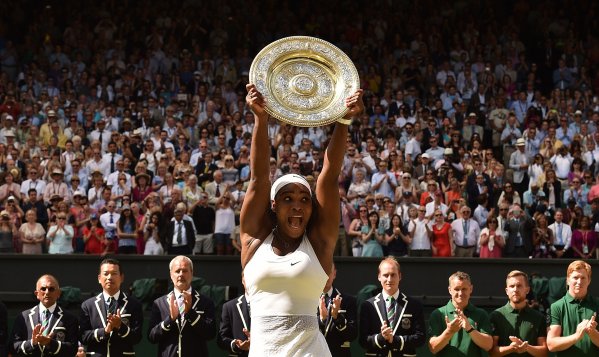 See a Victorious Serena Williams Hold Up Her Wimbledon Trophy
Next Up: Editor's Pick