Hillary Clinton will lay out a vision for the economy on Monday that focuses on boosting the middle class and addressing income inequality, a central part of her progressive vision of the presidency as her party tacks further to the left.

In a speech at the New School in New York, the Democratic frontrunner for the presidency will seek to play a part in redefining the meaning of economic success in the U.S., saying she would focus primarily on growing middle class incomes instead of gross domestic product, the traditional metric of an economy’s value.

“The measure of our economic success should be how much incomes rise for middle-class households, not an arbitrary growth figure,” an aide said, summarizing Clinton’s thinking about the economy and her coming speech on Monday.

She will call rising incomes “the defining economic challenge of our time,” added the aide.

Clinton’s speech on Monday comes amid a surge of support for progressive candidate Bernie Sanders, who speaks passionately about raising the minimum wage to $15 an hour—a figure Clinton has yet to embrace—paid family leave, increasing taxes on the wealthy and breaking up the large Wall Street banks.

With the economy growing at about 2% a year since 2000, and real incomes largely unchanged over the same period as the gap between rich and poor grows, populist views have become the spirit of the times for many voters.

Many of those progressive tenets, which are increasingly become the prevailing views of the Democratic party, are part of Clinton’s speech on Monday.

The speech will present a marked contrast between her ideas, and those of Republicans, whom she will accuse of offering a top-down, outdated and Reagan-era approach that only fuels the growth of wealth for the richest Americans through tax cuts and worsens income inequality. She will say that her own plans involve a conscious focus on middle class incomes.

Specifically, Clinton will call for raising the minimum wage, fighting wage theft, supporting unions and collective bargaining, and increasing taxes on the wealthy in order to address income inequality, her aide said.

The economy, she will say, is flawed for favoring financial trading and the banking industry over the production of goods and trade. Clinton will discuss an economy that favors more durable middle class economic growth.

She’ll also likely delve into a wonkier approach, previewing new rules on shareholder activism and taxes to counter overly short-term thinking about the economy, as well as call for more research and development, and infrastructure rebuilding.

Clinton’s economic plan was formulated through conversations with more than 200 domestic policy experts over the last several months, the aide said, and Clinton herself consulted with dozens of economists and other thinkers.

Among the advisers that helped shape Clinton’s vision are some of the giants in progressive economics, including Joseph Stiglitz, Alan Blinder, Alan Krueger, Neera Tanden and many others. Management of the policy formulation was handled by her longtime aide at the State Department, Jake Sullivan, and Ann O’Leary and Maya Harris.

Her speech on Monday, however, may not include many of the small-bore specifics that her competitors for the Democratic nomination, Sanders and former Maryland Gov. Martin O’Malley, have already begun laying out. Sanders has called for 12 weeks of paid family leave, for example, and O’Malley has endorsed a $15 minimum wage as well.

Clinton will continue to unveil specific policy ideas over the summer and the fall on a rolling basis with a series of individualized announcements on wage growth, college affordability and corporate accountability. 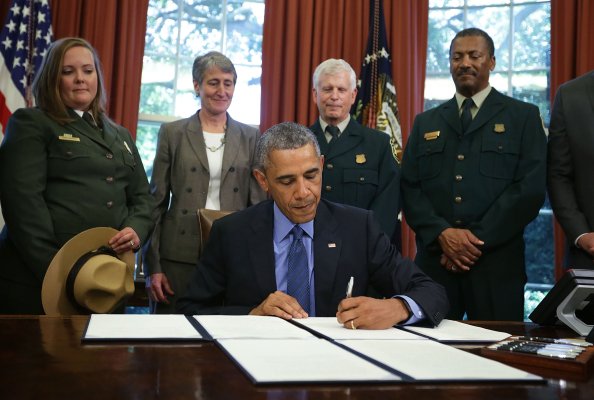