NASA unveiled new images of Pluto on Friday, revealing in unprecedented detail the craggy and mysterious features on the distant dwarf planet’s surface.

The images come from NASA’s New Horizons probe, which has been closing in on the planet at the outer edge of the solar system, some 2.9 billion miles away from Earth.

NASA geologists have taken a keen interest in a roughly 1,000 mile band of dimpled terrain, running from east to west across the planet’s surface, as well as a dark patch, in the shape of a whale’s tail, where the geological features appear especially complex.

The image comes only one day after the probe snapped the first family portrait of Pluto and its largest moon, Charon.

“After nine and a half years in flight, Pluto is well worth the wait,” said New Horizons principal investigator Alan Stern. 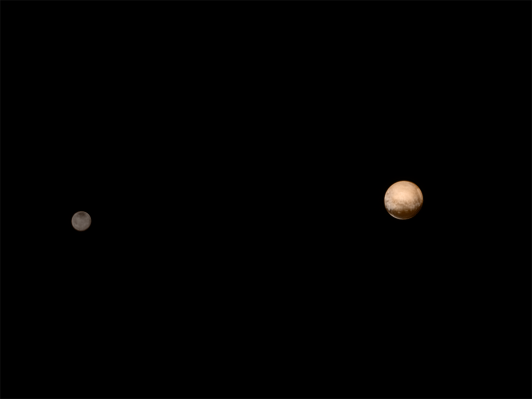 Pluto Poses With Largest Moon in Cosmic Family Photo
Next Up: Editor's Pick