Go Behind the Scenes in This Star Wars: The Force Awakens Video

Director J.J. Abrams told a raucous crowd at San Diego Comic-Con Friday that though he did not have a new trailer of Star Wars: The Force Awakens to show them, he did have another video. The behind-the-scenes reel shows off the sets, the visual effects and fan favorite stars like Mark Hamill and Carrie Fisher.

J.J. Abrams emphasized the importance of practical effects in the making of the film throughout the panel, beginning when he brought an alien creature called Bobbajo on stage. Bobbajo is a puppet-like figure operated by five humans and has complex facial expressions.

The desert, too, was real—to the chagrin of the actors who had to film in over 100 degree heat next to actual explosions. “I would like to thank J.J. Abrams for filming in the desert in Abu Dhabi while I was running in a storm trooper suit,” John Boyega joked during the panel.

Though Abrams and the cast spilled almost no information about the plot—Adam Driver impressively managed to dodge almost every question he was asked during the panel with simple “no”s—one message was clear: this won’t be like Episodes I, II and III when creator George Lucas got a little too CGI happy. 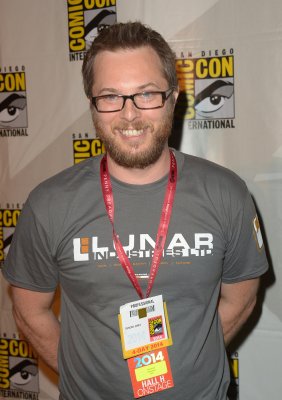