6 Stupid Questions I Have Been Asked About My Adopted Son

In my family we range from pale to dark in skin color. I am pale with freckles and my husband is darker, although not as dark as my son, with dark hair. I get that we don’t look alike and I am completely fine with that.

After all, we are all human; skin color is just that, skin color.

When it came to adopting, I didn’t consider skin color to be a factor. Just as when I meet a new friend I don’t say “Oh, great to meet you, now what color is your spouse?” Why?

Because it doesn’t matter and it is beyond rude.

I knew subconsciously as a teenager that I would not be able to conceive but I held out hope anyway. Eight years into my marriage we decided to start looking for fertility help. We tried a couple of options but felt so broken. It was then that we decided to adopt.

We were living in Texas at the time and took the adoption courses out there. The courses are designed to scare you. They give you the worst case scenario of having a child, stating that with adoption you may not see trouble or disabilities manifest right away.

Well, as far as I know there is no magic serum that makes your children perfect if you give birth yourself either, so we forged on.

Through a string of events, we made the decision to come back to Florida first. We were assured that all of our courses and certificates would transfer. Upon checking in with Florida we found out that accepting the courses was purely up to the agency. We were devastated.

I called relentlessly trying to get them to change their mind. I was told that we would have to start over and that there were absolutely no infants — but my sister-in-law had just adopted an infant. I pushed on. We really wanted a child and we didn’t care about the age anymore.

One July evening the phone rang, and it was my sister-in-law. She had received a call from her case worker about an infant related to her son who had been born. She immediately told the case worker about us. We were able to contact her and the agency and make our case for keeping the blood ties in the same family.

Ten months later our son was officially ours, although he was ours the moment we held him at 5 days old. We also were fortunate enough to foster our son from 3 months old to 10 months (the first 3 months were daily visits only) so he had never known any different.

I occasionally joke that I got off easy because I didn’t get stretch marks and indigestion but in reality, the adoption process was extremely stressful. The courses and in home visits make you feel as if you are actually a parent being investigated for child neglect rather than trying to adopt. If everyone had to take these tests prior to conception I think there would be a whole lot less children conceived.

My point is we really wanted a child and did not let up until we were approved. The moment I held him I knew he was meant to be mine as if I had delivered him. It is a surreal feeling that only an adoptive parent will understand.

We have never hidden the fact that he is adopted from my son but sadly we do not know much about his biological history. We do know that he is bright and happy. He has dark skin and darker eyes. He is American and Human. He is healthy and loving. He is the kind of child who has patience with smaller children and elderly people. He loves to teach and stand up for those who are different. He makes my husband and me very proud.

Throughout his life I have been asked some seriously offensive questions such as:

I ordered him on Amazon. I mean really! There is not a store for children and I didn’t take him on a whim. I had 10 months of extreme stress to make sure that he would be mine forever.

Nope, didn’t want to pass on these genes, thought I would try out someone else’s. I did, but if I didn’t, there is nothing wrong with accepting a child into your heart and home that does not have one. I have grieved the fact that I will never feel the flutter of feet in my stomach and never have those milestones of peeing on the stick and seeing the positive line and then planning out a pregnancy. Mine is a different path.

Anyone who has adopted knows this question hurts the most. Yes, he is mine. He may not have grown in my stomach but the moment I held him he was mine. There is a bond just like a birth mother has. He lives with me, so he adopts my actions, my temper, and my husband’s walk as well as our sarcasm. I would not hesitate to die for him.

4) You are having a baby shower? But you’re not pregnant.

Well yes, I got a call that my son has arrived and now I would like to celebrate. There should be no difference. (This actually happened to my sister-in-law.)

When they ask about periods during pregnancy and I answer with an “I don’t know,” which leads to the inevitable re-hashing of how we came to adopt him.

Which I have been known to answer with “human” or “male.” This tends to quiet the question-asker. I get that his skin is darker than mine and his eyes are brown while mine are green. If you stand him next to my mother or my cousin you would swear I was the adopted one. So really, why is his ethnicity a subject I should address?

America in general claims to be sensitive. The nation has politically correct terms for disabilities and sexual orientation yet when the grocery clerk looks right at my child and asks in front of a line of people “Is his dad black or Hispanic?” it is somehow perfectly acceptable.

Meanwhile I am trying to put a blank face on for my child so he doesn’t know that I am so upset that I could climb over the counter and shake this teenager stupid. I usually try to ignore the question or put out the sarcastic remarks I noted above however, the older he becomes, the more he listens.

So when the latest cashier (this one old enough to know better) asked in the checkout line at Walmart, he looks right at me and said “Why would she ask that?” To which I respond “I have no idea, honey” and look back at her.

Of course the curiosity doesn’t stop there and all the way to the car I am peppered with questions about it. So I launch into the melting pot story and how almost everyone in America has come from a different continent to build a better life.

I then have to explain that my first name is Spanish (although I am not) and how our last name is German but Dad’s family came over from Italy for the most part. Then I stumbled through what I know of each side of the family’s history which includes American Indian, German, Italian and a bunch of other ethnicities.

This was a conversation that I would have gladly had with my son in our house setting but was not particularly thrilled about having in the Walmart parking lot on the fly.

I know that adoption will have some trials that feel different than those of a biological family. I have encountered some with my son already. At 8 he is feisty like me and his temper sometimes gets the best of him. So when he says things like, “I hate you” after being told that he cannot have a pair of shoes that cost an ungodly amount of money or “You can’t tell me what to do, you are not my REAL mom.” (I am sure many step-moms have also heard this) when I tell him he cannot take his iPod to school, I do feel betrayed, but I get over it. That is what parents do, love you unconditionally.

What is a real mom anyway? Just because a person gives birth to a child or donates sperm for a child does not mean they are the REAL parent. I have had many people ask me, “Where is his real mom?” Um let’s see, I feed him, shelter him, love him, and would give my life for his so…RIGHT HERE!

My son has inquired about his biological family and I have told him that when he turns 18 I will provide him with everything I have on them. Admittedly it is not much, but it is a start and I hope to be strong enough to accept the fact that he will want to meet them one day.

I also hope that I have made him strong enough to accept it, if they choose not to meet him. For now I will continue to raise him as a good human who is proud of his adoptive family. Who knows, maybe one day he too will adopt.

As frustrating as it is to be asked these questions, I would not trade parenthood in for anything. It is the hardest, most stressful job but it is also the most rewarding. Especially when my son says “I am glad you picked me.” 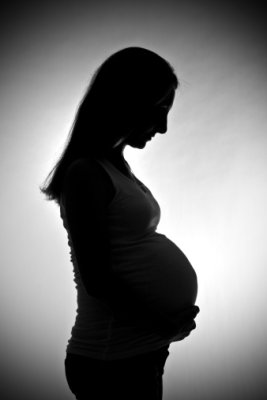 How an Unplanned Pregnancy Ended Up Being the Right Choice for Me
Next Up: Editor's Pick