An honor guard ties up the Confederate flag after lowering it from the South Carolina Statehouse grounds for the last time on July 10, 2015 in Columbia, S.C.
John Moore—Getty Images
By John Baick / History News Network
History News Network

2015 is shaping up to be an important year in American identity. We are already well into the 2016 presidential campaign, and every candidate is seeking to shape a unique national narrative that can resonate with Americans, or enough likely registered voters in Iowa and New Hampshire, or at least one billionaire. Even without the election, changing notions of identity are roiling the cultural waters. The Supreme Court stands on the brink of reaffirming or denying (or something in between) recent crucial changes in American life.

Overlooked in this changing notion of American identity is the role of museums. Museums have long occupied a privileged yet marginal space in American culture, somewhere between elite bastions defining high culture and “America’s attic” (a nickname for the Smithsonian Institution). They are objects of civic pride and economic anchors. They are the destination of innumerable field trips and millions of tourists, domestic and foreign. But they also function as historians, as interpreters of the American past. The permanent collections and the special exhibits, the blockbusters and the dusty corners, all of these are statements about what is important about our past.

These museums often produce predictable highlights of the American past, affirmations of an American narrative of founding, growth, and dominance, filtered through the lenses of locality, region, subject, and time. Sometimes these museums touch a nerve, most notably the Smithsonian’s cancelled Enola Gay exhibition of 1995 when curators ran into protests that questioned the exhibit’s planned focus on use of the atomic bomb rather than Japan’s role in World War II. Sometimes these museums redefine how history is learned and even experienced, such as the United States Holocaust Memorial Museum in Washington D.C.

And these historical interpretations are not just limited to museums that are explicitly about history. Museums of natural history often reaffirm 19th century American notions of race just as museums of science often reaffirm a 20th century American faith in technology. Art museums, many of them founded by Gilded Age millionaires seeking immortality, often reflect the Eurocentric tastes of the late 19th century. The question of what is worthy of a museum collection is a form of history, one that is less about narrative and more about values.

But of course the world of museums is not static, and new and reconfigured museums of all shapes and sizes shape the historical discourse. The Whitney Museum, long one of New York’s premier yet second tier artistic spaces (it is hard to claim top billing with the Metropolitan Museum of Art and the Museum of Modern Art as neighbors), is seeking to redefine American art and identity with its new home and reconfigured collection. The relocation of the Whitney Museum of American Art not only reflects a changing New York—what was once the meatpacking district and rail yards has been reinvented in the last generation as one of the most desirable neighborhoods in the world, a transformation that the Whitney’s location affirms rather than drives—but offers a bold new vision in defining what is both “American” and “art.” Instead of being physically and metaphorically trapped between the classical and modernist visions of its former Upper East Side neighbors, the Whitney is seeking to redefine American art, a debate that has been unsettled for decades. Paintings, sculpture, and photographs are part of the collection, but so are films, videos, and installations. American-born and foreign-born artists are both represented in the museum, and the subject matter ranges from landscapes to politics. Works recognized as classics will draw visitors, but they will also see and hear commentary on recent events like 9/11 and the 2008 financial crisis. In the process, the Whitney is providing its own take on American history and identity.

The Whitney will be a success. Its significance in shaping the cultural agenda will clearly rise. But recent events in South Carolina demonstrate that years of planning and hundreds of millions of dollars are not the only way to occupy an outsized role in questions of American identity. In the months and years to come, a simple piece of fabric will be central to the meaning of museums and to American identity and history in the South and beyond. The Confederate battle flag is revered by some as sacred, hated by some as profane, and awkwardly embraced as “heritage” by those trying to split the difference. Dylann Roof, his terrible actions, and his website have made an enormous impact on the American psyche. Although there are strong disagreements about the prevalence of racism in contemporary American life, many Americans have suddenly recognized that the Confederate battle flag is a problematic symbol. Politicians hesitated, but suddenly a consensus seems to be forming that the flags should be removed from active civil life, a shocking turn of events considering how deeply the Confederate battle flag has been rooted in the former Confederate states since the Civil Rights Movement.

But if anyone thinks this will be a simple transition, they need to recognize that a crucial part of the consensus is that the removed flags—and in some cases the literal flags that are removed—will be placed in museums. How will this be done? Will new museums be created? How will curators respond? How will the public respond? In 2016, the National Museum of African American History and Culture will open. How will it deal with the Confederate battle flag? Americans will be reminded that museums are not just attic storage, but battlefields of history.

John Baick is a professor of history at Western New England University in Springfield, Mass. 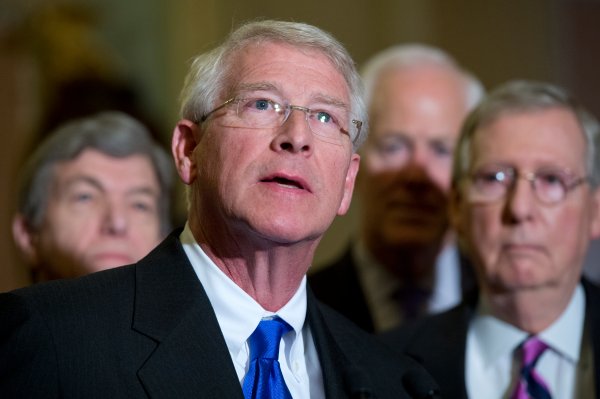 Mississippi Senator: State Flag 'Should Be Put in A Museum'
Next Up: Editor's Pick