Read Pope Francis' Speech on the Poor and Indigenous Peoples

Pope Francis waves to the crowd from the Popemobile while making his way to celebrate an open-air Mass on July 9, 2015 in Santa Cruz, Bolivia.
Mario Tama—2015 Getty Images
By TIME Staff

Pope Francis spoke about the problems faced by the poor and indigenous peoples at the Second World Meeting of the Popular Movements at the Expo Feria Exhibition Centre in Santa Cruz de la Sierra, Bolivia, on Thursday.

Here is a transcript of his remarks: 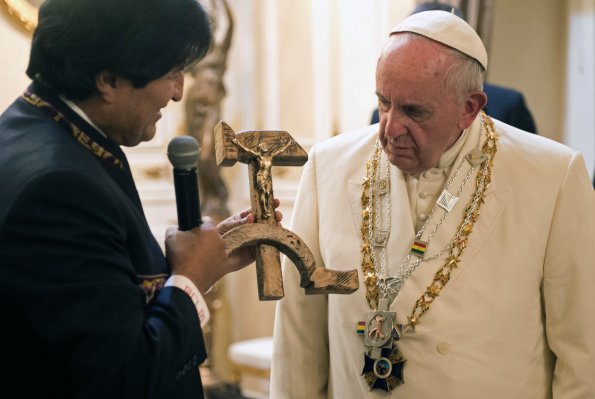 Pope Francis Gets Given the Weirdest Crucifix Ever
Next Up: Editor's Pick