North Korea’s recent launches have been preceded in recent weeks by shorter-range missile tests from to protest ongoing military drills. North Korean officials says the missile tests are in preparation for a possible invasion. Pyongyang routinely protests annual exercises between the U.S. and South Korea, but Wednesday’s ballistic missile firing marks a noted escalation in tensions on the peninsula. 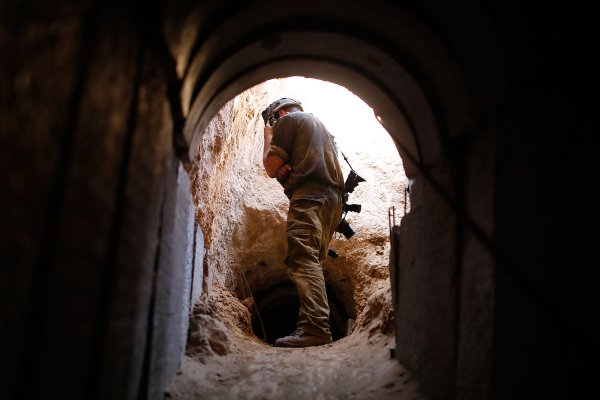 Hamas Takes War Against Israel Underground
Next Up: Editor's Pick