When Atara Beck moved halfway across the world from Canada to begin a new life in Israel, the last thing this orthodox Jewish woman expected was to be called a ‘shiksa’ (a derogatory term for a non-Jew) and for her car to be pelted with trash by Jewish youths.

Yet last month, this is precisely what happened as Beck drove past a synagogue in an ultra-orthodox (haredi) neighbourhood of her home town, Beit Shemesh.

When Beck entered the synagogue and complained about the youths’ behaviour, the men inside refused to speak to her. “They just ignored me,” she says.

Beit Shemesh — which means ‘house of sun’ — is today in midst of an intra-religious battle watched by the rest of the country with trepidation. The town, 13 miles from Jerusalem, has a population of 80,000; roughly half are ultra-orthodox Jews (also known as haredi or haredim), known for their strict dress code, whilst the rest are Jewish orthodox and secular.

In the haredi parts of town, signs hang on large billboards: “Long skirt, no trousers, no tight fitting clothes.” Another sign near a synagogue advises women not to walk or even wait on the nearby public sidewalk. A nearby bus shelter has ‘Women Indoors’ spray-painted on the walls.

In recent years, local activists say that such signs have incited verbal and physical violence against women who, whilst being orthodox or secular Jews, are still deemed not pious enough by a small but violent extremist minority of haredi Jews.

“Their effect is far greater than their number,” due to the tightly interwoven community politics, explains Daniel Goldman, a local resident and head of Gesher, a group which aims to bridge social gaps in Israeli society.

Several years ago, Nili Philipp was cycling through the town wearing a t-shirt, long pair of shorts and, fortuitously, a helmet, when she was struck by a rock hurled directly at her head. In 2014, Vered Daniel was holding a baby in her arms and about to enter a local department store when she was insulted by a group of men for wearing what they deemed inappropriate clothes. They then threw rocks, forcing her to retreat to her car where one of the rocks smashed a window.

During the recent national elections in March 2015, female orthodox politicians were attacked with water balloons, as passers-by hissed “Whores!” at them in the street. Even local school girls — some as young as eight — have been spat on, called “whore” and “slut”, and left traumatised to the point of wetting their beds at night.

The perpetrators sometimes await their victims outside school gates near the ultra-orthodox part of town, clad in black, wearing wide-rimmed black hats and clenching their fists. God, they say, is on their side.

Together with others, Philipp, 47, formed a group that has taken the local authority to court in order to force then to take action against the signs in the town demanding women dress conservatively. In January 2015, the women achieved a landmark victory — the first time that campaigners have won such a case against the signs in court — and were awarded damages of $16,000. This was preceded by a 2013 ruling by Israel’s Attorney General that such signs were illegal.

And yet, more than half a year on, the signs are still in place. What is more, Beit Shemesh municipality spokesperson Mati Rozensweig calls the court ruling “erroneous.”

“Unfortunately, the court […] failed to appreciate the complex reality in Beit Shemesh which we have to cope with”, says Rozensweig, lamenting the fact that “the court did not accept the municipality’s argument that the fear of the disruption of the public peace and the damage to the delicate balance of the various community groups in Beit Shemesh overrides the immediate need to remove the signs time and again.”

In late May, the women filed a court petition ordering the ultra-Orthodox mayor and the municipality to take the signs down. “We’re a bit like a canary in a coalmine”, says Philipp, aware that the happenings in Beit Shemesh are being followed intensely around the country. “We’re on the frontlines.”

The women’s legal campaign has already spurred others to tackle similar issues in other localities. Jerusalem City Council member Laura Wharton has launched a campaign to remove similar signs from ultra-orthodox neighbourhoods of Jerusalem. “I think that’s a great victory for women of Beit Shemesh”, she said following the court ruling, “and I hope that in Jerusalem we can have benefit from the legal victory as well.”

But others in Beit Shemesh criticised the legal action taken. “Those signs are placed in ultra-orthodox neighbourhoods and they don’t disturb anyone. All these lawsuits don’t help and just waste a lot of time, as well as exacerbate tensions in the community,” says Yudit Eitan, Director of Special Needs in Ezrat Achim, a community organisation in Beit Shemesh, founded and run by local haredi residents. “This is a story that has been thrown out of proportion. In every community, there are people who need to be locked up in a lunatic asylum, but it doesn’t reflect on the town as a whole.”

But in recent years, these tensions, combined with other intra-community conflicts have spurred calls for Beit Shemesh to be divided into two towns. “I don’t think that was ever a particularly realistic option,” says Goldman, “but we’ve got to do everything we can to make sure this doesn’t happen here.” 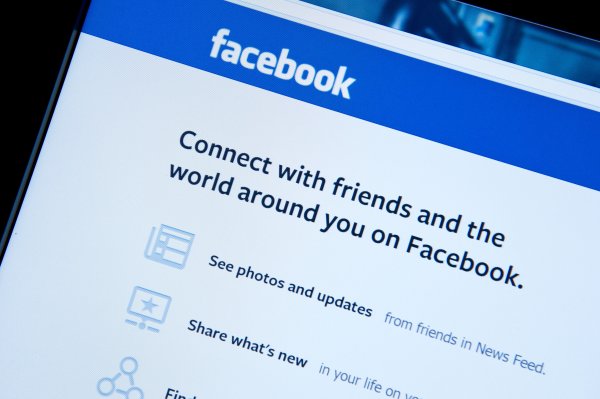 Facebook Accused of Restricting Free Speech By a Putin Aide
Next Up: Editor's Pick