The highly anticipated talks between Indian Prime Minister Narendra Modi and his Pakistani counterpart Nawaz Sharif in Ufa, Russia, on Friday appeared to produce a few tangible positive outcomes, other than the former officially accepting an invitation to visit Pakistan next year.

Modi will travel to Pakistan’s capital city Islamabad for the 2016 summit of the South Asian Association for Regional Cooperation (SAARC), of which both India and Pakistan are founding members, according to a statement from the Foreign Secretaries of both countries after the meeting.

The one-on-one meeting between Modi and Sharif, the first in more than a year, took place in the led up to the Shanghai Cooperation Organization (SCO) summit. Modi’s visit to Pakistan in 2016 will be his first ever, and the first by an Indian Prime Minister since Atal Bihari Vajpayee in 2004 (Modi’s predecessor Manmohan Singh never went across the border during his 10-year tenure).

The two leaders also made a renewed commitment to fighting terrorism — a thorn in the side of their bilateral relationship for several decades — announcing a meeting of their respective national security advisers in New Delhi to resolve security issues and enhanced cooperation regarding the 26/11 terrorist attacks of 2008 in Mumbai (which India has accused Pakistan of engineering).

The neighbors, which have fought three wars in the past six decades, also moved a step closer to resolving other long-standing issues. Sharif and Modi also pledged enhanced cooperation between security forces at the India-Pakistan border, where violent clashes between troops are a frequent occurrence, and the release of hundreds of fishermen from both countries — imprisoned for straying into the other’s international waters — within 15 days.

“Whatever was signed was welcome,” Gopalapuram Parthasarathy, a former High Commissioner of India to Pakistan, says to TIME in an interview. “Ultimately this relationship’s direction will depend on terrorism and the situation on the borders.”

However, given the fragile nature of similar bilateral agreements in the past, Parthasarathy does recognize the need to maintain “healthy skepticism” until concrete action is taken.

“The proof of the pudding is in the eating,” he says. “Don’t forget we had great agreements in Lahore [during Vajpayee’s visit] and then we had Kargil [war of 1999] within three months.” 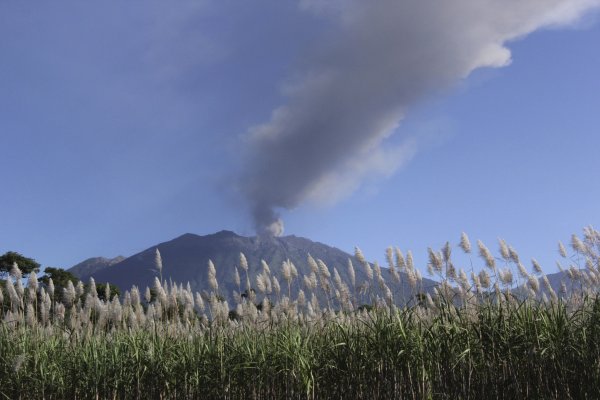 Volcanic Ash Strands Holidaymakers in Indonesia
Next Up: Editor's Pick