An investor walks at a securities firm in Shenyang, northeast China, on July 10, 2015.
Pan Yulong—Xinhua Press/Corbis
By Nash Jenkins

After nearly spending nearly a month in an unprecedented tumble, China’s stock markets enjoyed a second consecutive day on the rebound on Friday, at least temporarily assuaging fears of an impending economic crisis.

The Shanghai Composite Index climbed 4.54 percent to sit at 3,877.8 points, its highest value in a week. By midday, sixty companies had resumed trading their shares in the Shanghai and Shenzhen markets, though 1,340 — 48% of the markets at large — remain voluntarily suspended.

“#ChinaStocks declines over? Joy time in the air,” China Xinhua News, state-owned media outlet, tweeted as the markets closed, accompanied by a photo of hot air balloons against a blue sky.

Still, the jury is out on what the end-of-week surge indicates — if it indicates anything at all. Those analysts who suggest the panic could be over are keen to cite Beijing’s interventions in the markets as the catalyst for the recovery; others are more reticent.

“Short and powerful rallies during bear markets are normal,” Tom Elliott, an international investment analyst at the financial consultancy deVere Group, told TIME on Thursday. “It was possibly triggered by government-encouraged buying by state-controlled companies, but in the absence of dramatic and substantial intervention by the authorities I wouldn’t read too much into it.”

State intervention, Elliott noted, may have in fact contributed to the market’s plummet over the past few weeks. The panic came only after three months of rampant growth, spurred by an epidemic of margin spending — essentially spending on a loan — that came to a screeching halt in June, when state regulators suddenly tightened policies on margin financing in June. Those Chinese investors who found themselves in dire straits had little choice but to sell their shares as a means of staying solvent.

In the weeks since, Beijing has desperately attempted to curb the sell-off it triggered, enacting a litany of interventionist measures ranging from cutting interest rates to banning major shareholders from disposing of their stocks.

“The Beijing authorities are determined to demonstrate that they can control this slide in prices,” Elliott said. “Chinese and global policymakers are only too aware how a market collapse could damage Chinese banks and household savings.” 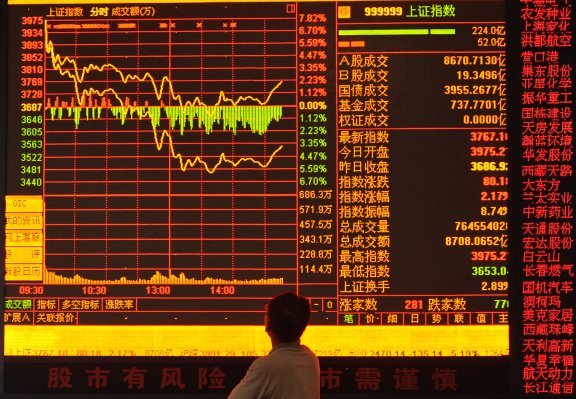 How China's Stock Market Crash Affects You
Next Up: Editor's Pick