Another Reason Why Women Should Avoid Douching

New research adds yet another reason to the list of why women should reconsider douching.

Douching—defined as the washing of the vagina with water or a fluid mixture—is widely discouraged by medical groups, including the U.S. Department of Health and Human Services (HHS). Medical experts say douching can lead to problems that range from infections to having trouble getting pregnant later on. Still, estimates show that about one in four women between ages 15 and 44 still do it.

Now, a new study published in the journal Environmental Health adds more evidence to the cautionary stance, showing that women who use douches can put themselves at a greater risk for exposure to harmful chemicals called phthalates, which are said to interfere with the body’s hormones.

Washing the vagina in the shower is not the same as douching. Often women use prepackaged mixes that are sold in stores containing water mixed with ingredients like vinegar, baking soda or iodine. Women then squirt the douche through a tube into the vagina. Doing so disrupts the healthy bacteria in the vagina as well as its natural acidity, HHS reports. If women already have an infection or sexually transmitted disease, douching could push that bacteria into the uterus, ovaries and fallopian tubes, where it can cause serious health issues.

The study authors report that phthalates can be found in a variety of personal care products, but that a particular kind called diethyl phthalate (DEP) can be found in items like douches or tampons. By assessing douching use and urine samples, the researchers found that compared to women who didn’t use douches, women who reported douching in the last month had 52% higher levels of urinary concentrations of a metabolite of DEP. Women who used douches two more more times in a month had 152% higher levels of the DEP metabolite in their urine.

The findings come from the researchers’ assessment of data from 739 women between the ages of 20 and 29 who were part of the National Health and Nutrition Examination Survey from 2001–2004. The women reported their use of feminine hygiene products like tampons, pads, vaginal douches, feminine spray, feminine powder and feminine wipes and had provided urine samples that were measured for metabolites of phthalates. Douches were the only product where researchers saw a significant link to higher levels of phthalates.

Study author Ami Zota, an assistant professor of environmental and occupational health at Milken Institute School of Public Health, says that since douches are used internally, they may introduce more opportunities for absorption. “There is already reason to be concerned about this practice,” she says. “Now we are saying there may be even more reason to be concerned because these chemicals are entering women’s bodies.”

Zota says data has linked phthalate chemicals to a wide range of health outcomes. “This includes reproductive problems for men and women as well as behavioral and developmental problems in babies due to exposure in the womb,” she says. The National Institutes of Health says that while the human health effects of phthalates aren’t yet fully known, they’re actively being studied by several government groups.

Notably, the researchers also showed that black women were likely at a greater risk, since their use of douches was much higher than other groups. The data shows that close to 40% of black women in the study said they used douches in the last month, compared to 14% of white women and 10% of Mexican American women. Zota says the reasons why women still use douches, despite widespread warnings against their use, are complex. “The literature suggests it involves a preference to feel fresh and clean and to remove menstrual blood and odors,” says Zota. “However social scientists as well as social justice advocates argue that societal forces may also be involved in why African American women in particular use vaginal douches, including pressures to conform to societal beauty norms and targeted advertising to the African American community.”

The researchers say this is one of the first studies to look at the link between feminine care products and chemical exposures in the human body, and that they hope it will become a larger area of research. “There is some research to suggest that these chemicals may be even more readily absorbed in the vagina than through our mouth,” says Zota. “It’s a really important issue, particularly for women’s health.” 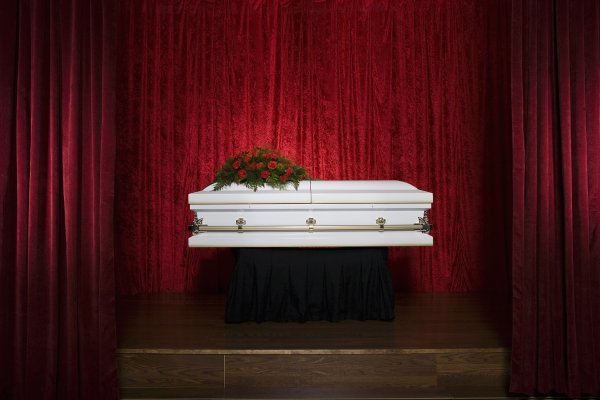 Funeral Directors May Be at Higher Risk for ALS
Next Up: Editor's Pick