Review: The Third Time’s the Charm for Miguel

In 2012 the Los Angeles–born Singer-Songwriter Miguel released his sophomore album, Kaleidoscope Dream; it sounded both heady and full of heart. The hit single “Adorn,” a slow-burn come-on, tore up radio and positioned Miguel as a player in pop, alongside fellow alt-R&B crossover acts like Frank Ocean and the Weeknd. His third album, Wildheart, out now, is nominally an R&B album, but he’s savvy enough to know that inspiration can come from a record store’s least familiar corners. The reverb-swaddled “leaves” plays on California’s mythical lack of seasons, while “FLESH” takes the listener to Erotic City and back, with magnifying-mirror lyrics delivered in impressive falsetto.

Miguel has made such an impact on R&B–and, really, pop music as a whole–because of his willingness to be utterly himself. Take the bed-headed “Coffee,” in which he offers precise descriptions of the tiniest intimacies (“Peach color, moon glistens, the plot thickens/As we laugh over shotguns and tongue kisses”). His love songs–and their sexier siblings, like “the valley”–twist and curve and shift the way that people do in heightened states. Then there’s “what’s normal anyway,” in which Miguel sings frankly about not fitting into boxes musically or racially as a half-black, half-Mexican-American artist. That defiance of categorization makes Miguel go in unexpected directions. On Wildheart, all those sharp turns make for a thrilling ride. 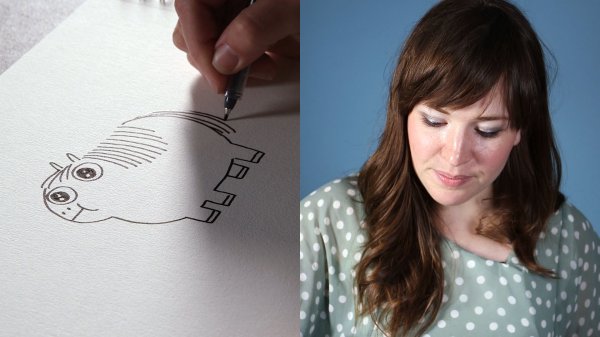 Kate Beaton Teaches You How to Draw the Fat Pony
Next Up: Editor's Pick