My Bank Wants to Know My Favorite Color

In a sane society, the only people with passwords would be spies, military officials in charge of nuclear weapons and contestants on a game show called Password. In the 1950s, the average American had zero passwords, according to a study in Totally Obvious Facts. Nobody came home from a long day at Detroit Steel, walked over to his phonograph, punched in his password to play his LPs, punched in a second password to read his newspaper and punched in yet another password to access his sexual fantasies while pleasuring himself.

Which is why I invented a clever system to circumvent memorizing passwords: I hit “I forgot my password” every time I log on. This worked well until websites started to require that I remember responses to questions about myself that I apparently answered when I was huffing glue. City National Bank revamped its website and made me respond to eight different questions, which involved naming my favorite color, author, band, food, friend and TV show. I’m 43 years old. I don’t have favorite things. I merely have things I tolerate and things I accept. I typed in “Faulkner,” but if my bank woke me up in the middle of the night and asked me my favorite author, I might type “James Joyce” or “Thomas Pynchon” or, if I thought I had a chance with it, “Milan Kundera.”

To find out who is responsible for this idiocy, I called LexisNexis Risk Solutions, which arranged a phone meeting with Kimberly Little Sutherland, its senior director of identity-management strategy. Little Sutherland, which is something I would strongly suggest not calling Donald or Kiefer Sutherland, said these “shared secret” questions became popular when social media made our moms’ maiden names and the streets we grew up on easily searchable. She agreed that it leads to a bad user experience: “One time it asked me what was my dream job, and it got me on the wrong day. I said ‘pastry chef,’ but three weeks later I thought it was ‘travel agent.'” Until right then, I had no idea how much it sucks to be a senior director of identity-management strategy.

If I already don’t have favorites, I can’t imagine how hard this is for old people. So I asked my 75-year-old dad how he deals with these questions. “I absolutely have favorites,” he said. “My favorite color is blue. My favorite band is Glenn Miller.” When I asked if he had a favorite author, however, he seemed stumped. “If I said Joel Stein, that would be a lie. Mark Twain. I could read his stuff over and over and laugh and laugh and laugh.” I was starting to think that a good secret question would be “Can your dad be a real jerk sometimes?”

To prove my point, he added, “Maybe you’re not a person of strong opinions.” This seemed ridiculous, since my chosen profession is columnist. But then my 6-year-old son Laszlo came home from his first day of camp furious that they had to go around and say their name and favorite food. “I can’t say, ‘All the foods in the whole world except for two foods,'” he said. When I took out a notebook and asked him his two nonfavorite foods, he said, “Let’s not worry about which ones. You don’t need to write that down in your column.” Laszlo is more concerned about offending foods than my dad is about offending me.

Panicked that I had passed some identity defect on to Laszlo, I called Robert Sapolsky, a Stanford professor of neurological science who once wrote an article about how our tastes don’t change after 35. I asked him why mine had. He reassured me that it’s not that I stopped loving things but that none of our passions are all that real to begin with. “It’s pretty arbitrary what we had imprinted upon us when we were at our utterly open stage of life. It had to do with whatever girl we liked at the time,” he said. Then we stick to these faded identity markers because we have no replacements. “At our fragile middle age, we’re not capable of discovering a new band or type of food that suddenly makes us feel like ‘Now I’m the person I was planning to be.’ We’re focusing on getting our cholesterol levels down.”

The real problem is that the kind of people who write password questions are probably awkward 25-year-old IT guys with favorite Star Wars prequels. We need to replace them with middle-aged people who will ask for the real shared secrets we’d never put on social media: our LDL cholesterol numbers. 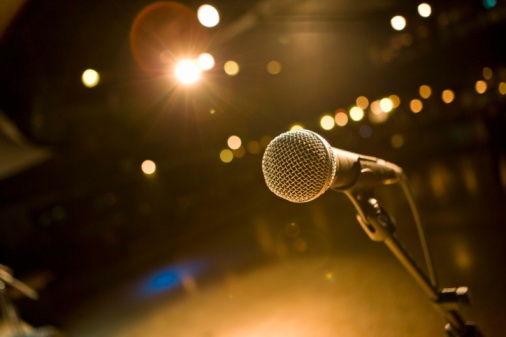 Political Correctness Is Not Ruining Stand-Up Comedy
Next Up: Editor's Pick