Andreas Dracopoulos is not a popular man among the wealthiest one percent in Greece. As an heir to one of the greatest shipping fortunes in modern history, he has been among the only members of this secretive caste to speak up about its failure to help Greece through its financial crisis. As that crisis hurtles toward an all-out catastrophe this week, he says its time for Greek tycoons to start pulling their weight.

“I’m very upset with this class of people,” Dracopoulos says in an interview in his Athens office, a plush and heavily guarded compound across the street from the American embassy. “It’s nothing personal. I know some of them. They’re my friends, old schoolmates. But I’m very vocal, ethically, practically, that they are not doing enough, that they could do more.”

Over the past five years, even as the Greek economy has suffered a downturn deeper and more protracted than the U.S. Great Depression, many of the country’s richest families have been sitting on their hands – and their fortunes – as millions of their fellow Greeks descend into poverty. “You have all these people who have money but who don’t do any of the three things they should do,” Dracopoulos tells TIME. “They don’t do philanthropy, they don’t pay taxes, and they don’t start businesses.”

The tax status of Greek shipping magnates has been a particular point of contention during Greece’s fraught negotiations with its creditors. Under a provision written into the Greek constitution half a century ago, the government is forbidden from taxing what the ship owners earn abroad, a hallmark of the political influence these oligarchs have enjoyed for decades. In recent weeks, European leaders have urged Greece to shift more of the country’s financial burden onto the super rich, and have apparently been rebuffed.

“I had to do the job of the Greek government,” lamented the President of the European Commission, Jean-Claude Juncker, who has been a key figure in the recent efforts to save Greece from crashing out of the European currency union. During a press conference in Brussels on June 29, when those efforts broke down, Juncker revealed how he had pushed the Greek government to “impose a less favorable tax treatment for ship owners, although this is common sense and in line with tax justice.”

Before coming to power earlier this year, the far-left Syriza party seemed to agree with his message. Its leader Alexis Tsipras pledged at the height of the crisis in 2012 to seek an agreement with the shipping industry that would abolish “the provocative 58 different tax exemptions” its businesses enjoy. But Tsipras has backed off of these promises since he became Prime Minister in January, and has focused instead on getting debt relief from Greece’s foreign creditors.

This approach has robbed Greece of a vast pool of potential revenue, says Haris Theoharis, a Greek lawmaker who was in charge of the national tax police until late last year. The exemptions for the shipping industry, he says, cost the government a source of income worth up to one percent of GDP per year. The shipping industry has a tax burden of about 3%, while other industries pay an average of 20-25% in taxes. “This skews the numbers,” Theoharis tells TIME. “It’s very easy for them to get their way. Not just through lobbying and political pressure. They’re covered. They say, ‘OK, this is shipping money,’ and it’s zero. It’s written into the constitution: no taxes on shipping.”

The political will to change this anomaly in the Greek constitution has been remarkably weak for generations. Part of the reason has to do with the sheer size of the Greek shipping industry, which employs about 200,000 workers and sustains another 300,000 of their family members in a nation of only 11 million people. The Greek merchant fleet is also the largest in the world, comprising nearly a quarter of all the bulk carrier ships globally, and according to the Greek chapter of the International Chamber of Commerce, Greek-owned ships carry about one sixth of all the seaborne cargo in the world. “We are the taxi drivers of the world economy,” boasts Nicos Vernicos, the Chamber’s President and a prominent Greek ship owner.

Shipping tycoon Nicos Vernicos pictured on one of his tugs at Piraeus Port, in Athens on July 1, 2015.
Andrew McConnell—Panos for TIME

Amid the crisis, he says that rich Greeks have been giving back to their communities in quiet ways, staying true to a long tradition of avoiding conspicuous displays of wealth, especially at times of growing poverty. “When the Greek people are suffering, I cannot go to my island with an expensive car,” says Vernicos, whose family’s shipping empire was founded in the mid-19th century by his ancestor, Emmanuel Vernicos. “My heart is blue,” he continues. “I cannot go out in the night and break plates like I was doing when I was your age.”

But blue as his heart may be, Vernicos says it would be unwise for the government to antagonize ship owners by dramatically raising their taxes. He points out that Greek shipping companies already agreed to a “voluntary” increase in their tax burden in 2013, collectively offering an extra 105 million euros in annual revenues to the government through 2017, when the agreement will expire. But forcing the industry to pay much more would only encourage shipping companies to move their operations offshore. “I need money to buy new ships,” Vernicos explains. And if the tax rate in Greece ceases to be competitive, “the banks who finance me, they’re going to say, ‘Mr. Vernicos, we like you, you’re very good. But we cannot support you now that shipping [in Greece] is bad and you have to pay tax.’”

In Greece there is an extra level of protection for ship owners in the enormous pride the locals take in their industry. It is the only business where this seafaring nation has maintained its dominance for generations – and, along with tourism, it has been a rare island of prosperity amidst the financial crisis. In 2002, when Greece’s admission into the European currency union allowed its mints to release a Greek version of euro coins, the government even put an oil tanker on the back of the five-cent piece. It seemed a fitting homage in those times of plenty to the era of the so-called Golden Greeks – Aristotle Onassis and Stavros Niarchos – whose rivalry on the high seas fascinated the tabloids of the 1960s and ‘70s. Back then, Niarchos would entertain Hollywood celebrities on his yacht, while at the height of his wealth and influence in 1968, Onassis married the widow of an American President, Jacqueline Kennedy.

Dracopoulos, who along with his two cousins inherited much of the Niarchos shipping fortune after Stavros Niarchos died in 1996, says the constitutional tax exemption has outlived its purpose. It was instated to lure Greek shipping fortunes and their patriarchs back home to Greece from their tax havens in places like Monaco. “That’s when Onassis and my uncle came back” and began investing heavily in Greece, building oil refineries, shipyards and other infrastructure, says Dracopoulos. “It was a different law for different circumstances. It was done so you could bring money in, because Greece needed investments. But I believe this law has been abused,” he says.

Vernicos, who is a board member of the Hellenic Chamber of Shipping, counters by listing all the ways Greek ship owners have given back. “Go to any island and you will see that the schools, the hospitals, the city hall, it’s all built by ship owners,” he says, including on the Vernicos family’s ancestral island of Sifnos. In Athens, the main cardiovascular hospital was built by the Onassis family’s foundation. And countless development projects have indeed been bankrolled by these elites over the years.

But during the financial crisis, the developments have not always been targeted to the neediest segments of the population. Under an agreement reached with the Greek government in 2006, about two years before the crisis hit, the Niarchos family agreed to build an enormous cultural center in Athens worth $600 million. When it is unveiled early next year, it will include a new opera house and a new national library, even though the Greek capital already has those things.

Dracopoulos, who serves as co-president of the Stavros Niarchos Foundation, acknowledges that operas and libraries may not be the primary need of the Greek people at a time when half the youth is unemployed. He is also sensitive to the criticism that the Greek state, which has proven shockingly inefficient even at the task of tax collection, may not be able to run the culture center properly once the foundation hands it over with no strings attached. “It’s like the stupid uncle from America who comes, gives the money and goes,” says Dracopoulos, a naturalized U.S. citizen who spends most of his time in New York City.

When the pain of the financial crisis became acute for Greece in 2010, he says, “We did question ourselves – what the hell are we doing here, building a cultural center when Greece is struggling.” Ultimately the family decided to carry on with the project as a way to boost public morale and create hope for a more prosperous future. “It’s a social investment,” Dracopoulos says. To alleviate the most immediate effects of the crisis, his family’s foundation donated $100 million to fight hunger and poverty in 2010 and another $100 million to combat youth unemployment in 2012. This week, as Greece’s failure to secure another bailout brought the country to the edge of bankruptcy, the Niarchos Foundation announced another $100 million program to help the worst-affected citizens weather the crisis.

More broadly, it has become easier to secure philanthropic donations from wealthy Greeks since the crisis began, says Marilena Mamidakis, a shipping heiress who heads a charity for impoverished children and their families. Last Monday, when Greek banks shut their doors to prevent a run on deposits, she says she got a call from one of the wealthiest ship owners in Greece. “He told me, ‘Anything you need, anything, just ask and it’s yours,” she says, declining to name the caller. In quiet ways, other wealthy Greeks have been giving back, she says, including through the purchase of guns and fuel for the police force. But she acknowledges that their aid is not always commensurate with the size of their fortunes. “They could buy half of Greece,” she says.

At the very least, they could invest a lot more in local businesses to help alleviate unemployment or give cheap loans to young entrepreneurs, says Dracopoulos. “As a class of people, they should go out and do more,” he says. “And don’t let anybody fool you. They could do a lot.” 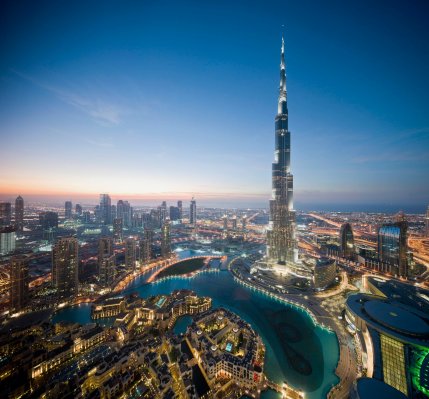 Saudi Arabia’s Kingdom Tower Looks to Set a Record
Next Up: Editor's Pick