We already have six Star Wars films, one upcoming Star Wars sequel, one recently announced Star Wars spin-off and limitless Star Wars memorabilia—so why does it feel like something has been missing? Apparently it’s because Disney had yet to release its official Star Wars app, now available for both iOS and Android.

The app features the latest Star Wars news, a built-in lightsaber game and the ability to take selfies with your favorite characters and backgrounds. Though you can choose whether to join the light side or dark side (or droid, if you’re into that sort of thing) when you first boot up the app, we’ve yet to figure out the right combination of buttons to actually turn ourselves into Jedi or Sith Lords.

One downside, pointed out by Mashable, is that the iOS version appears to be optimized for a 4-inch iPhone rather than an iPhone 6 or 6 Plus, meaning that the images appear stretched on the newer Apple phones.

Update: A representative for Disney Interactive contacted TIME to clarify: “The app is 100% optimized for iPhone 6 and 6 Plus.” Feel free to download the app and try it out for yourself. 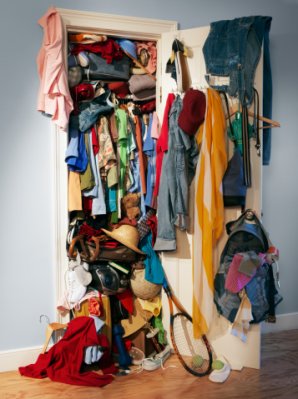 Try These Apps and Sites for Selling Your Old Stuff
Next Up: Editor's Pick