Thanks to younger Americans delaying having children and an exceptionally large group of Americans reaching mortality, the gap between births and deaths in the U.S. is the smallest it’s been in nearly four decades, according to data released Thursday by the U.S. Census.

That shrinking surplus is the result of two overlapping trends: millennials are putting off big life decisions like marriage and starting families while their aging parents and grandparents begin to pass away in large numbers. It’s a shift demographers don’t see reversing anytime soon.

“I see no evidence of any upturn in fertility, and deaths continue to grow,” says Kenneth Johnson, senior demographer at the University of New Hampshire’s Carsey Institute.

The differential could make life even tougher in rural towns that have long been losing population, creating a shortage of young workers for the entry level jobs that help keep those communities afloat.

Demographers are split on the reasons for the declining birth rate. Some blame the lingering effects of the recession, believing that younger people are delaying making larger life choices because they’ve had a hard time gaining a financial foothold. Others see it as part of a broader social shift in which women choose to establish a career before having children.

“I think it’s related to the role of women in the labor force,” says Andrew Beveridge, a professor of sociology at Queens College. “It’s a huge, seismic social shift.”

American deaths will likely continue to rise over the next several decades as Baby Boomers–currently in their 50s and 60s—begin to pass away in larger numbers.“The cohorts born during the Great Depression were very small,” Johnson says. “But those born during the 1940s are larger and are now reaching ages where mortality is beginning to take a toll.”

But there is some good economic news in the latest numbers: Americans appear to be moving again. Mobility is often viewed as a key economic indicator, showing that people have the means to buy a new house or move to switch jobs.

In the latest numbers, suburban counties that surround large urban cores gained 732,000 in population, a 14% increase from the previous year. Cities like Chicago, Los Angeles and New York all grew, though the overall metro population increase was down 10% from the year before. And rural areas continued their decline, though only slightly, losing 0.1% of their total population, about 28,o00 people.

These figures are closer to the pre-recession patterns in the 2000s, as people migrated from older urban metros to growing suburbs and exurbs.

“The evidence suggests that long-term migration trends—faster growth in the suburbs than in big urban cores and migration to rural recreational and retirement areas—are reviving and reverting to trends more consistent with the pre-recession-era,” Johnson says. 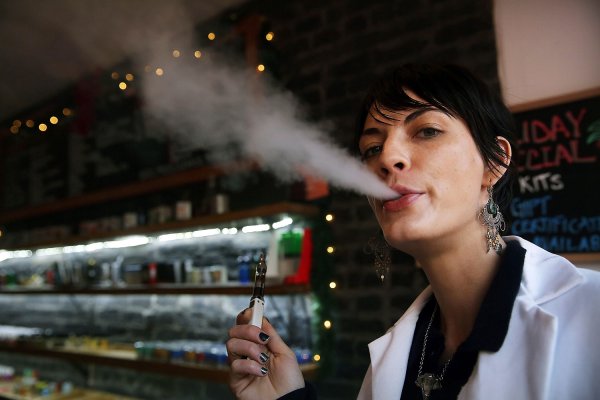 Philadelphia Poised to Regulate E-Cigs
Next Up: Editor's Pick