Here's the Best View of Pluto We've Ever Seen

This image of Pluto from New Horizons’ Long Range Reconnaissance Imager (LORRI) was received on July 8, and has been combined with lower-resolution color information from the Ralph instrument.
NASA/JHUAPL/SWRI
By Justin Worland

Five million miles away from Pluto, the New Horizons spacecraft snapped the clearest photo of the dwarf planet yet on Tuesday.

The image shows three regions on Pluto, some darker than the others. Two regions stand out including a dark area along the equator known as “the whale” and a bright spot on the right, according to NASA.

The image is incredibly clear, but the spacecraft may snap an even better photo soon. “The next time we see this part of Pluto at closest approach, a portion of this region will be imaged at about 500 times better resolution than we see today,” said NASA researcher Jeff Moore in a statement. “It will be incredible!” 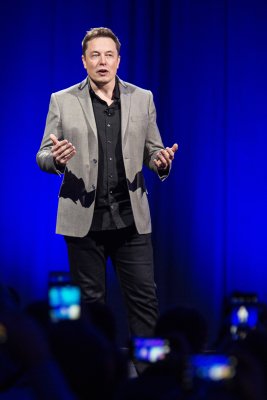 Elon Musk: Explosion Is 'Huge Blow' to SpaceX
Next Up: Editor's Pick