America’s favorite director and America’s favorite leading man have teamed up again. With Bridge of Spies, Steven Spielberg and Tom Hanks, whose partnership has yielded such classics as Saving Private Ryan and Catch Me If You Can, bring Cold War tensions to life. The duo is joined by Joel and Ethan Coen, who have adapted Giles Whittell’s nonfiction book about the man caught in the middle of the 1960 U-2 incident for the big screen.

Hanks plays James B. Donovan, a lawyer called upon to defend a Soviet spy caught in the U.S. and then to negotiate his exchange for an American U-2 pilot shot down over the Soviet Union. The trailer has a bespectacled Hanks, as Donovan, in over his head with the fate of the free world resting squarely on his shoulders.

Bridge of Spies, which costars Alan Alda, Amy Ryan and Mark Rylance, is slated to hit theaters on Oct. 16. 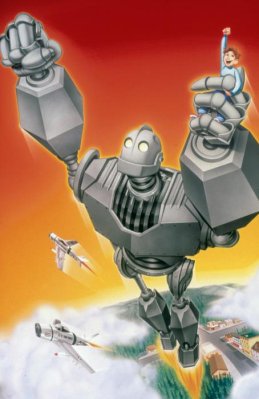 The Iron Giant May Return to Theaters This Fall
Next Up: Editor's Pick