Get ready to feel all kinds of empowered: the #LikeAGirl campaign is back.

This time, the featured girls are trying to break down the metaphorical boxes that gender stereotypes place them in. The action, however, is literal: The girls write down those stereotypes, or things they’ve been told they can’t do because of their gender, on cardboard boxes. And that’s when they smash the boxes.

The new Always spot capitalizes on that same idea of breaking down society’s norms. The theme for the video is “Unstoppable,” asking the girls featured if they’ve ever felt limited by their gender. The answer is unanimously yes, and not just for the video’s participants – according to an Always survey, 72 percent of girls feel that societal expectations limit them.

The first #LikeAGirl spot premiered last year, hitting its stride when it aired during the Super Bowl. It featured both males, teenage females and prepubescent girls, who were asked to run, hit or throw like a girl. The males and older group of females made a pathetic attempt to do the assigned tasks, flailing their arms, worrying about their hair or dropping an invisible ball.

Later on, it was revealed that this was an attempt to change the way we think about the phrase “like a girl.”

At the video’s launch event, Game of Thrones star Maisie Williams spoke about how girls’s confidence plummets during puberty – the reason behind the campaign’s creation. “The transition shouldn’t happen with labels, but with an open heart,” she says. 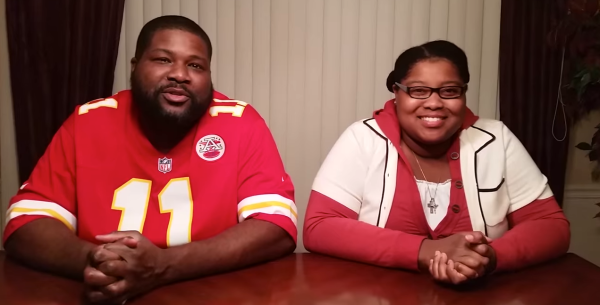 Watch a Daughter Totally Crush Her Dad in an Epic Beatbox Battle
Next Up: Editor's Pick