#droughtshaming: A social phenomenon whereby California residents give their lavishly-living neighbors flack in times of drought for not keeping their water consumption down.

The mustachioed actor, most recently known for his role as New York Police Commissioner and Reagan-family patriarch in the CBS show Blue Bloods, is the subject of a complaint filed Monday in Ventura County after he allegedly ordered truckloads of water to be filled up at a fire hydrant in Thousand Oaks, and driven to his ranch, in a nearby water district, upwards of 12 times over recent years, the Los Angeles Times reports.

Selleck, who owns a 60-acre ranch in Westlake Village with his wife, Jillie—complete with horses, dogs, and an avocado ranch—allegedly refused to stop indulging in the hydrant flow despite having received cease-and-desist letters from the Calleguas Municipal Water District in November 2013. The district, which filed the complaint, has spent almost $22,000 on a private investigator to record Selleck’s alleged behavior since then. In addition to seeking compensation for legal costs, the district is asking for a ban against Selleck taking water from the area.

California is now in its fourth year of an unprecedented drought. In January 2014, Gov. Jerry Brown declared a state of emergency. Earlier this summer, he introduced strict conservation measures for hotels, restaurants, and lawns, including a rule limiting lawn watering to two days a week. According to the State Water Board, outdoor irrigation makes up nearly half of water consumption in California’s residential communities. 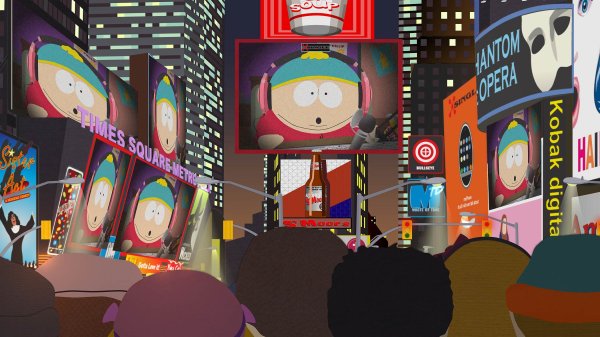 South Park Re-ups With Hulu and Comedy Central Deals
Next Up: Editor's Pick