Giorgos Chatzifotiadis, sitting on the ground crying outside a national bank branch, as pensioners queue to withdraw their pensions, with a limit of 120 euros, in Thessaloniki, on July 3, 2015.
Sakis Mitrolidis—AFP/Getty Images
By Justin Worland

An Australian businessman offered to pay a Greek man’s pension this week after seeing a now-famous photo of the elderly Greek man crying outside a bank.

James Koufos, an Australian of Greek origin, saw the photo and identified the man as an old school friend of his deceased father. Koufos posted on Facebook to ask for help locating the man, since identified as 77-year-old Giorgos Chatzifotiadis. In the Facebook post, Koufos offered to give Chatzifotiadis 250 euros a week for a year or “as long as it takes.” He has since set up a trust fund so outsiders can contribute and has said he will travel to Greece to deliver the aid personally.

“This man is a old school friend of my late father,” Koufos wrote. “I will never allow to see a fellow Greek proud hardworking man starve.”

The photo, captured after four banks rejected Chatzifotiadis’ attempts to withdraw his pension, has become an emblem of the personal toll the Greek debt crisis has taken on the country’s citizens. 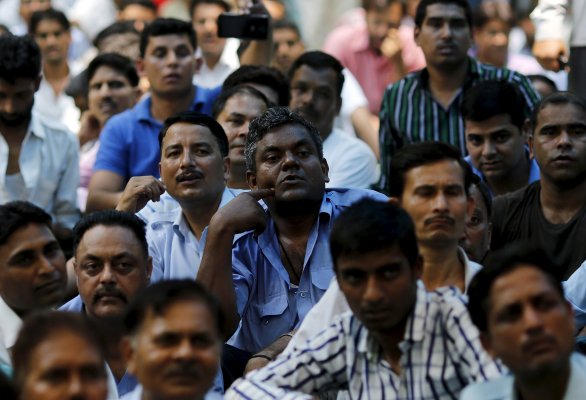