Jim Carrey apologized Thursday night for posting a photo of an autistic boy without permission in his anti-vaccination Twitter rant.

Carrey used the picture as part of a series of tweets he posted against a California law that removes personal-belief exemptions for child immunizations. The picture has been removed, but according to a post by the boy’s aunt, the tweet read: “A trillion dollars buys a lot of expert opinions. Will it buy you? TOXIN FREE VACCINES, A REASONABLE REQUEST!”

Karen Echols, the mother of the boy in the photo, tweeted to Carrey, telling him to remove the photo, and Carrey later apologized.

The boy’s aunt posted a screenshot of Carrey’s tweet in an effort to persuade him to remove the tweet. She stated in the post that her nephew, who she says is named Alex Echols, was diagnosed with autism before he was vaccinated. She considered Carrey’s tweet to be a mockery of Alex.

Carrey isn’t the only celebrity with strong anti-vaccination thoughts. His former girlfriend Jenny McCarthy, along with Donald Trump and Charlie Sheen, also shares similar views about autism’s link to vaccinations. 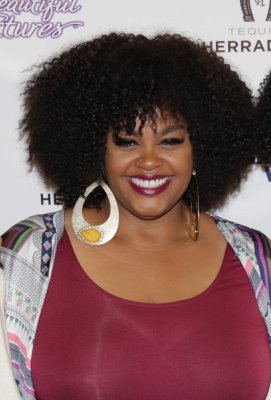 Jill Scott on Bill Cosby: 'I Stood by a Man I Respected and Loved. I Was Wrong'
Next Up: Editor's Pick