Meet the First Woman to Lead a Mexican Drugs Cartel

Policemen walk during a press conference in which alleged members of the Arellano Felix cartel were shown, at the headquarters of the federal police in Mexico City in 2009.
Luis Acosta—AFP/Getty Images
By Ioan Grillo / Mexico City

The Arellano Felix brothers, a clan of infamous drug traffickers in the border city of Tijuana, have a history of meeting sticky ends during festivities. The eldest, Francisco Rafael, was killed at a party by an assassin dressed as a clown. His brother Ramon, known for his brutal torture techniques, was shot dead by police during a seaside carnival. A nephew, Luis Fernando Sanchez Arellano, was arrested while watching Mexico beat Croatia in the soccer World Cup. Now after seven male members have gone to their graves or prison cells, the clan may have done what is unthinkable for many in the macho cartel world – let a woman take the helm.

One of the sisters, Enedina Arellano Felix, could be running the remnants of the Tijuana Cartel that traffics cocaine, marijuana, heroin and crystal meth over the world’s busiest border crossing into California, American and Mexican agents say. The 54-old trained accountant is said to be less of a party animal or sadistic killer than her male relatives and more business focused. She is believed to have taken control after Sanchez Arellano, who is reported as being either her son or her nephew, was arrested last year. While there have been other female drug traffickers since the 1920’s, Enedina, known as La Jefa, or the boss, could be the first to head an entire cartel.

Rising to the top in an industry dominated by extremely violent chauvinist men is no east feat, says Javier Valdez, a Mexican journalist who interviewed female traffickers for his book Miss Narco. “This is a world where men behave like animals. Many women in it are used, abused and then killed by the same traffickers they worked with,” Valdez says. “The women who rise high in it are very rare. They have to be extremely intelligent, talented and brave.”

Furthermore, Enedina Arellano Felix has not only survived the fall of her brothers but a slew of takedowns of cartel bosses across Mexico. Under President Enrique Pena Nieto, police and soldiers have rounded up kingpins across the country including the “world’s most wanted man,” Joaquin, “Chapo” Guzman and Miguel Trevino, head of the paramilitary Zetas. La Jefa is one of the last women, or men, standing.

The Arellano Felix brothers moved from inland Mexico to Tijuana in the eighties, carving out their trafficking empire in blood and cocaine-fueled parties. Their antics inspired characters in the movie Traffic. But while the brothers were taking over nightclubs and burning corpses in barbecues, Enedina Arellano-Felix was reported to be studying accounting at a private university.

As her brothers fell in the 2000s, Enedina rose up in the organization, running its money laundering operations by creating front businesses such as pharmacies. From 2002, the U.S. treasury blacklisted her and her companies under the Foreign Narcotics Kingpin Act. Any American doing business with them can be fined up to a million dollars. By 2006, Mexico’s then attorney general Daniel Cabeza de Vaca said in a news conference she had become the chief financial operator for the cartel.

In 2008, the Arellano Felix brother Eduardo led the cartel into a brutal turf war that left piles of bodies around Tijuana. But after police arrested him after a shoot out, Sanchez Arellano took over with Enedina by his side, says Mike Vigil, the former head of international operations for the Drug Enforcement Administration. As number two and now number one in the cartel, the Jefa has helped reduce violence and got back to the traditional business of smuggling drugs to Americans, Vigil says.

“She is not into the wars of her brothers. She is into making alliances and making money,” says Vigil, who spent 13 years in Mexico, often undercover. “Her beauty may also have helped her make alliances with powerful traffickers such as Chapo Guzman.”

But while purportedly making her drug trafficking fortune, little is known of the Jefa. There are few photos of her besides some family portraits from the 1980s. She married and divorced at least twice, with one husband also alleged to be a money launderer, but her present marital status is unknown. Instead, myths of this Tijuana boss are spread in song and film. Among drug ballads that appear to be inspired by her legend is one called La Jefa de Tijuana. “A very powerful female, brave and decisive,” croons the singer to accordions and a polka beat. A low budget narco movie was also released with the same name, showing the fictional Jefa as a beautiful women who is not afraid of a gunfight.

Such a mix of fantasy and reality permeates the role of females in Mexican drug trafficking. Women, often with obvious plastic surgery, pose with guns in slinky clothes in many drug ballad music videos. One woman, Claudia Ochoa Felix, who looks like Kim Kardashian, posed with weapons on social media, sparking accusations in local newspapers that she was the head of a group of assassins. She denied it at a news conference.

These videos and social media create a distorted idea of what it is like for most women in the cartel world, say the journalist Valdez. It is not a glamorous life of mansions and jewels, but of brutality, rape, prison and death, he says. Drug traffickers will get girlfriends to have excessive plastic surgery to make them fit their fantasies but later, they may leave them to rot behind bars or murder them. “They want to control women’s bodies as a way to have power over them,” Valdez says. “But in the end, most of them see women as vulnerable and disposable.” 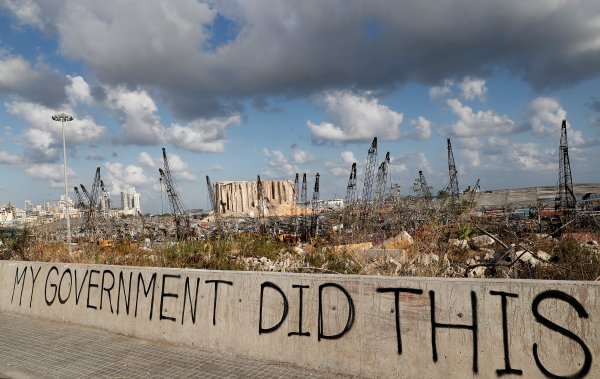