Amy Schumer: 'I Have a Belly. And I Have Cellulite. And I Still Deserve Love.'

Though Amy Schumer got her start in the comedy world more than a decade ago, 2015 has finally brought her to center stage. Clips from the third season of her Comedy Central show, Inside Amy Schumer, become instantaneously ubiquitous after episodes air. Her first movie, Trainwreck, which hits theaters July 17, is one of the summer’s most highly anticipated comedies. And with her newfound responsibility as a feminist icon comes her very own Glamour cover. Schumer sat down with her sister, Kim Caramele, a writer and producer on Inside Amy Schumer and Trainwreck, to discuss feminism, sexism and what exactly she plans to do with her influence. Though the issue doesn’t hit stands until July 14, the magazine offered some excerpts from their interview:

Being a feminist is not a conscious decision: “I don’t try to be feminist. I just am. It’s innately inside me,” she says. “I have no interest in trying to be the perfect feminist, but I do believe feminists are in good hands with me.”

Talking about being able to sleep with men whenever she wants shouldn’t be equated to a man making the same comment: “For women, we’re taught to eat less until we disappear. And trained to believe that if you don’t look like everyone else, then you’re unlovable,” says Schumer, who said at the Glamour U.K. Women of the Year Awards that she weighs 160 pounds and could sleep with a man anytime. “And men are not trained that way. Men can look like whatever and still date a supermodel. I’m proud of what I said. I think it’s good to see somebody saying: I have a belly. And I have cellulite. And I still deserve love.”

She wants to do good with her influence, and take advantage of a few of the perks while she’s at it: “I want to make women laugh,” she says. “I want to make them feel beautiful in their own skin. I want to empower them to use their voice and not apologize. And I want a jet.” 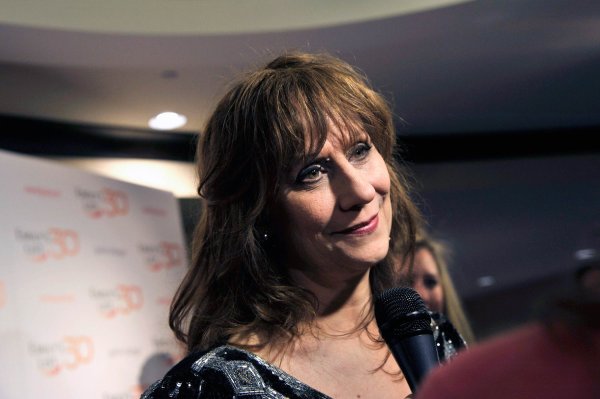 How Lizz Winstead Is Using Comedy to Fight for Women's Rights
Next Up: Editor's Pick