2 Ways to Beat Your Fear of Rejection, Backed by Research

We all deal with fear of rejection. Jia Jiang did too. But he overcame it… thanks to a box of donuts.

He explains how this happened in his wonderful book, Rejection Proof: How I Beat Fear and Became Invincible Through 100 Days of Rejection.

His dream was to be an entrepreneur — and that means a lot of rejection. So how could he beat the fear?

By turning it into a game. For 100 days he made ridiculous requests of strangers, expecting to get rejected.

And get rejected he did. A lot. But he also got a number of unexpected “yes” responses as well:

Pretty cool story, huh? I know; you’re not going to run around looking for rejection.

But by studying Jia’s experiment and the science behind rejection, what can we learn to help us overcome our fears, cope with the inevitable “NO” responses and get what we want in life?

So let’s say you tried to join the KKK. But they rejected you. Who cares, right? They’re a group of ignorant racists.

Actually, the research says you might still feel bad:

Crazy, huh? Rejection is so powerful it temporarily makes you stupid:

How can rejection be so powerful that you feel it even when you’re rejected by a group you don’t even like?

Studies show your brain doesn’t distinguish between physical pain and emotional pain. To your mind, heartache and a heart attack aren’t all that different:

In fact, taking Tylenol can ease social pain just like it does physical pain. To your brain, they’re the same.

There’s a lot you can do to make people like you more. But you can never fully escape rejection. And the more you try to hide from it, the more you shrink your world, and the less chance you have of achieving your dreams.

So how should you approach situations where you might be rejected? What will make you more likely to succeed and less likely to feel that terrible pain?

Jia was on to something. And the answer is more fun than you think.

Make It A Game

Most of the platitudes people tell you about dealing with rejection aren’t helpful:

“Ignore it. Why do you care what they think, anyway?”

But feeling rejected is so emotional and fundamental, it’s very hard to dismiss it rationally.

Or they tell you to “face your fears.” Research shows that works. But, hey, that’s scary.

So what can you do? What Jia did. He made it a game.

Reframing things playfully with humor is no small thing. It kills stress.

When I spoke to a Navy SEAL, an Army Ranger and a Special Forces instructor, they all said that seeing things as a game was key to getting through their arduous training.

Joe Simpson shattered his leg while descending a mountain. He should have been a dead man. How did he keep going when anyone in their right mind would have just given up and died? He made it a game.

Via Deep Survival: Who Lives, Who Dies, and Why:

Reframing stress as a challenge is one of the things Harvard researcher Shawn Achor said leads to success.

And instead of seeing rejection as a form of social death, Jia saw it as a game he was playing. And it became fun.

When he heard “no”, he didn’t feel like a loser. Eventually, he felt the way you might after losing at a video game: shrug and try again.

But what was so inspiring were the times when people joined his game. The workers at Krispy Kreme had fun playing, too.

(For more tips from a Navy SEAL on how to deal with the toughest challenges, click here.)

Okay, so you know how to look at situations where rejection is a possibility. But how do you cope with rejection when it happens? It starts with TV and teddy bears…

When you look at lots of scientific research, you find some crazy stuff. And exploring rejection, well, that’s what happened to me.

What helps you deal with rejection? Um… thinking about your favorite TV shows:

What else? Hugging a teddy bear:

Crazy, right? But before you lose your faith in science, let’s look at the broader pattern and see where it points…

The answer seems to be relationships. Family, friends — even teddy bears — relieve pain. And as we saw, the brain doesn’t distinguish between the physical and emotional types. So rejection fits in here, too.

I know what you’re thinking: what does my favorite TV show have to do with relationships?

TV is a “social surrogate” — your favorite TV shows give you the same feeling of belonging that relationships do:

It’s hard to underestimate the importance of relationships. When you look at the research, what yes/no question can likely predict whether you will be alive and happy at age 80?

And Jia had that too. He didn’t start his rejection-conquering journey on his own. His incredibly supportive wife told him to quit his job and pursue his passion. (And she was pregnant with their first child when she suggested it.)

When you face rejection — or any pain for that matter — the answer is to turn to those who do accept you and love you. They are the closest thing to a cure.

(For more on the science of how to make great friendships, click here.)

So we know how to approach possible rejection and how to deal with it when it happens. Let’s round this up and learn what steps to take next.

Jia and the research have two big insights:

By making rejection a game, you can try new things without fear. You can strive without worry.

And what you’ll find is what Jia found: people are often more receptive than you think. Research shows we underestimate how much others are willing to help us.

Studies demonstrate that the old saying is accurate: you regret most the things you did not do.

With loved ones around us, rejection doesn’t hurt for very long. Regret, on the other hand, can last a lifetime.

So make it a game. How else can you end up a winner?

Join over 195,000 readers. Get a free weekly update via email here. 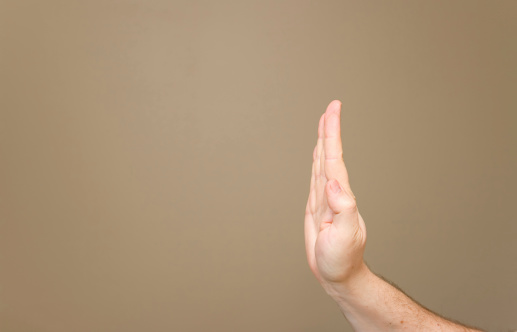 A Successful Leader Has to Learn to Say No
Next Up: Editor's Pick