In a twist to the gay-marriage debate, Australian Agriculture Minister Barnaby Joyce has argued that legalizing same-sex marriage could hurt his country’s cattle industry.

Joyce, who recently made headlines by threatening to put down Johnny Depp’s dogs when they were brought into the country without quarantine, was speaking on a TV news program produced by the Australian Broadcasting Corporation.

During the interview, Joyce said that Southeast Asian countries that import Australian beef see the country as “decadent” and that legalizing same-sex unions would not help with that impression. “When we go there, there are judgments, whether you like it or not, that are made about us,” he said.

Joyce said he was not making a “value judgment” about same-sex marriage but emphasized that he saw marriage as “a process that’s inherently there for the support of … or the prospect of … or the opportunity of children.”

Legislator Warren Entsch has said he plans to introduce a private bill in August to legalize same-sex marriage in Australia. 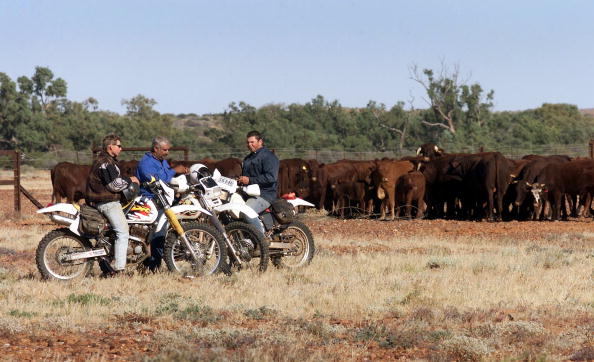 The Largest Private Tract of Land on Earth Is For Sale in Australia
Next Up: Editor's Pick