The Bachelorette Recap: Kissing and Confessions in Ireland

Welcome back to The Bachelorette. When we last saw Kaitlyn she was on her path to love, which included running away from Chris the Dentist, who was crying on the Cliffs of Moher, like the brokenhearted hero in an Irish folk tale. Kaitlyn has bigger issues to deal with, like the fact that since she “was intimate” with Nick, the producers decided she needed to confess her carnality to the other men and then go ahead and be “intimate” with the rest of the men to level the playing field, so to speak. With the Fantasy Suites looming and family visits after that, she has a lot of things to think about besides Chris the Dentist’s fate. Don’t worry, Kaitlyn, he’s undoubtedly been taken in by a kindly leprechaun who gave him a new identity in exchange for dental care.

First Date: Kaitlyn invited Ben H. for a ride in her dinghy, which is not a euphemism, but could be. As they row to a private island, Kaitlyn is not in a good mood, but she wants Ben H., who is now the only Ben on the show, yet still merits the moniker, to see her when she is not in a good mood, which may be the most realistic thing to ever happen on The Bachelorette. Unfortunately, Ben H. cheered Kaitlyn right up so much so that she told him, “You’re husband material” — and isn’t that what got her in the Shawn situation in the first place? Dial down the enthusiasm, Kaitlyn! But no, instead she insists she is “feeling all the feelings [she] should be feeling when [she’s] falling in love.” Later they drink some Guinness, and Ben H. admits that he thought he was “unlovable” after his last relationship, but Kaitlyn swears she is possibly maybe falling in love with him. Ben H. thinks Kaitlyn makes him a better person. When she asks him about the overnight dates, and he says they don’t have to be physical, Kaitlyn asks him if he’s a virgin. No, really. He assures her that he is not, and she cracks up laughing. Good joke.

Group Date: Kaitlyn took Joe, Shawn and Nick out for a three-on-one date, which is also not a euphemism. Kaitlyn decides that now is a great time to tell Shawn that she slept with Nick. But right before she ruins his millennium, Nick interrupts them for his one-on-one time with Kaitlyn. Shawn grumbles, but he has no idea that Nick just saved him from a very uncomfortable conversation. Why does Kaitlyn need to tell Shawn again? Anyway, Nick sits down and tells Kaitlyn that he liked her before he came on the show and she’s “not just the Bachelorette to him,” which is either actually pretty sweet or we’ve all been watching this show too long. Then Kaitlyn has to talk to Joe, and she is clearly trying to dump him from the get-go, but she kisses him awhile and lets him declare his love for her first. She admits that she is just not that into him. Or his hair. Or his personality. She realized that they “are not on the same page,” which is a euphemism. He says, “It’s cool.” And when she asks why he’s upset with him, he says, “Why would I be? No worries, man.” (Which is worse, the question or the answer?) When she goes to hug him good-bye, he refuses and storms off into the shrubbery. And then there were two, but Kaitlyn doesn’t feel like giving either Nick or Shawn the rose. She tells Nick they had a great conversation, and she’ll see him at the Rose Ceremony, but she needs a little more time with Shawn and will see him later tonight. He can’t help but gloat.

Do-Over Date: While Nick sulks at the hotel, Kaitlyn goes for a second outing with Shawn. He’s ready to canoodle, but she has something on her mind. When she struggles to blurt out that she slept with Nick, he assures her she can tell him anything. She stumbles through the confession and admits that they had sex, but thinks “it went too far.” Shawn looks uncomfortable. She stares at him. He asks her if she regrets it, and she admits she felt guilty. He admits that he has no idea why she is telling him. (No one knows why she is telling you, Shawn!) Shawn takes a moment to himself and heads straight to the men’s room, where he offers up this gem: “I’m so tense I can’t even piss.” He eventually decides to thank her for the honesty. He has decided to “man up” and “just deal with it.” He tells Kaitlyn he won’t storm out because, “I want you,” which is actually kind of creepy.

The Rose Ceremony (Finally!): Even Kaitlyn is shocked to find herself facing just four remaining suitors. It’s like the dwindling party, but with more kissing. She tells the men that she is confident that she “made the right decisions,” but that doesn’t mean the journey to find love hasn’t been “extremely painful.” She boldly offers the first rose to Shawn. Not so fast: he wants to talk to her first. Hopefully she wants to talk to him about his hair. He wants to know one thing: why Nick? She replies by saying, “Telling you you were the one was a mistake.” (Don’t worry, one of the producers handed him some ointment for that sick burn.) She told him to back off and let her make her own choices and that she doesn’t think he trusts her, and that’s a problem. They go back to the Rose Ceremony, and he accepts the rose. He interviews that he is going to try and get past this.

The Rose Ceremony (Again!): Kaitlyn comes back and asks Ben H. if he wants a rose. He accepts and the lack of drama is both refreshing and somewhat confusing. Chris Harrison points out that it’s down to the final rose of the evening. As the camera pans between Jared and Nick, Shawn’s disembodied voice intones that if she gives “the other guy” a rose, they will be heading to the overnight dates, and he doesn’t know if he can handle it. Nick gets the rose, of course. Shawn looks hurt, perhaps even more hurt than Jared, who is the one heading home. Jared takes his leave with dignity and class. He offers her his coat when she looks cold, tells her that she will always have a place in his heart and that he hopes she finds the man of her dreams because she deserves it. As he leaves, she instantly regrets all of her decision, which is probably exactly what he wanted. Sneaky, Jared, very sneaky.

First Overnight Date: Nick and Kaitlyn spend some alone time in Dublin and they seem to have an easy, natural chemistry, which seems surprising after so much drama, tension and stress. They hit a pub, swap stories and start chatting up the locals. (“Irish is still English!” Kaitlyn swears.) They are having a great time, but Shawn, who has still not figured out the point of this show, is still miserable. Meanwhile, Nick is ready to “connect with [Kaitlyn] on every possible level,” which includes the level of getting down in the dirt and throwing shade on Shawn, who apparently is “eskimo brothers” with “a famous country singer.” Obviously it kills the mood. Until the Fantasy Suite card comes out and Nick tells Kaitlyn that he wants to have her be the first thing he sees in the morning. Kaitlyn pranks him by taking him to a jail cell filled with candles. He shrugs, cause he’ll go anywhere with her. They head to the real product-placed resort and wake up next to each other for a shirtless breakfast.

The Drama: Shawn couldn’t handle the truth. So he decides to dial-a-fight with Nick. (Fun fact: when Shawn calls to ask for his room, it’s the first time he ever says Nick’s name.) They meet on neutral turf for Shawn to get some stuff off his chest. Shawn accuses him of not being there for the right reasons, which is Bachelorette-ese for fighting words.

Best Reason to Come Back Next Week: Kaitlyn can “feel the hate” between Nick and Shawn. Will they box or sumo wrestle for her affection? Tune in next week to find out if either turns to the Dark Side of the Force.

Britt and Brody Update, Part XVII: They are trying a long distance relationship! It will really be a test of their relationship 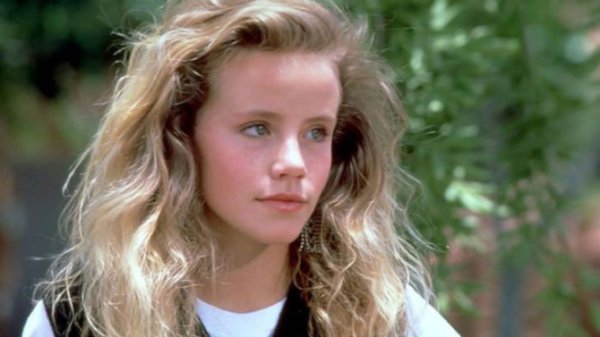 Amanda Peterson, Star of Can't Buy Me Love, Has Died
Next Up: Editor's Pick