Starbucks Is About To Jack Up Its Prices

On Tuesday, Starbucks, the Seattle-based coffee chain, is preparing to boost its prices, AP reports. The cost of most affected drinks will rise somewhere between a nickel and 20 cents, the company says. The new price amounts to a price increase of roughly 1%.

For most people, this means the price of a brewed coffee will jump 10 cents, bumping the cost of a large coffee in most U.S. shops to $2.45, according to AP, although that figure varies regionally. The company says it will use the extra revenue to offset wage increases and rising rent.

Last year Starbucks raised its prices by a similar amount. Coffee prices had then been on the rise in commodity markets.

Some critics weighed that the last price hike went too far. One commentator decried it a “luxury tax.”

This year’s slate price increase, on the other hand, has nothing to do with the cost of coffee. Arabica futures, notes MarketWatch, have declined to 42% since last year’s high.

The new prices will affect certain brewed coffees, not the bagged variety.

Is the increase all because of rent? Perhaps that claim holds some water. On a recent episode of Fortune Live, Zillow CEO Spencer Rascoff told host Leigh Gallagher that the the presence of a Starbucks within a quarter mile of a residence increased its property cost by about 96% on average between 1997 and 2014. Perhaps the company is a victim of its own halo effect. 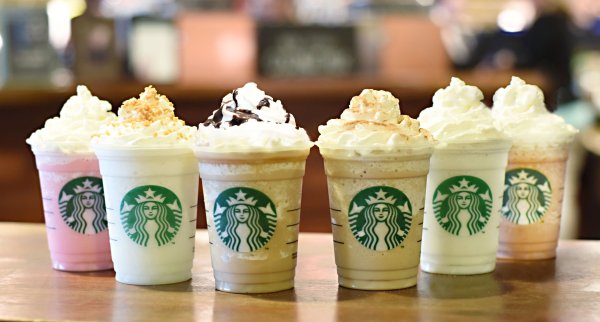 Here Are Starbucks' 6 New Frappuccino Flavors
Next Up: Editor's Pick