This Is Apple and Google's Next Big Battleground

For most of my 35-year technology career, fights over operating systems have dominated the landscape. First, it was MS-DOS againt the original Apple II OS. Then it shifted to Microsoft’s Windows vs. the Mac OS. Today it’s between Windows, Mac OS X, iOS, Google’s Android and Chrome OS. These wars have become ideological, with fanboys and devout followers in each camp.

But there’s another fight brewing, too — the battle over artificial intelligence, or AI.

At Google’s I/O event this year, the company announced Now On Tap. It’s a new version of Google Now, which uses context to make your smartphone more useful. The idea here is that if you get a text from a friend asking to meet at a certain place, Now On Tap is smart enough to put that event on your calendar, give you directions to the rendezvous and serve you up a menu. It might even show the best nearby parking areas as well as stores that could be of interest.

A few weeks later at WWDC 2015, Apple announced a new version of Siri, giving the company’s digital assistant better contextual AI and search. And in May, Microsoft used its developers’ conference to launch an updated version of Cortana, another AI-based personal assistant that can take questions and put them into context to deliver better answers.

The consumerization of AI is set to be the next major battle in mobile as Google, Apple, Microsoft and more duke it out to offer shoppers the smartest smartphones. This fight will drive differentiation between devices, especially in mobile, where hands-free use is often critical. In an excellent piece in Fast Company, author John Brownlee asks whether user interfaces or artificial intelligence will win the day:

On a personal level, the AI-assisted mobile future can’t come fast enough. My days have become packed with meetings, research and writing, and I admit that I tend to miss the little things. For example, I often head to an offsite meeting thinking I know where I’m going, only to get halfway there before realizing I’m lost. Too many times I’ve had to pull over, check my email and ask Google Maps for the way to go.

You might think I’m just unorganized. While that may be partially true, the reality is that I simply have information overload, and that deeply impacts my overall efficiency. And I have to admit my memory banks are overloaded, too. An AI-based personal assistant that anticipates my needs is something I would certainly pay for, and I suspect others would as well. For many of us, this could be our killer app.

Smartphone vendors can still differentiate around operating systems, design, and user interfaces. But I agree with Brownlee in that contextual, AI-based services will be where the biggest players in mobile — Google, Apple and others — make their biggest investments over the next few years. Users will start demanding more context-based services within the next two years. If done right, they could be a game changer for mobile devices, and will make life easier to boot. 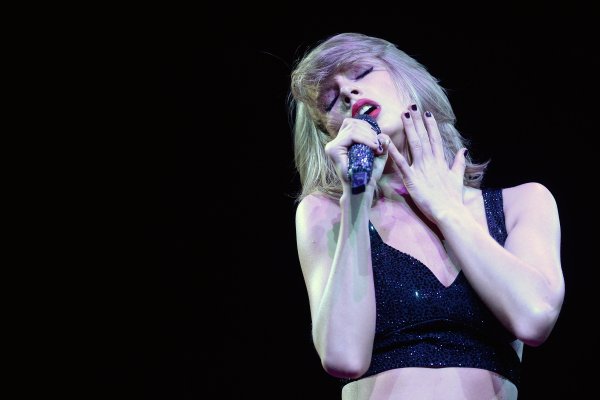 How Taylor Swift Saved Apple Music
Next Up: Editor's Pick