Yes, the U.S. Really Did Have a Damp Start to Summer

Early summer typically marks the start of the dry season across much of the United States. But that’s far from the case across vast swaths of the country this year, a new map from the National Weather Service shows.

Areas in red experienced considerably less precipitation in the last 30 days than average. Blue and purple regions experienced up to six times the average. Red regions received a small fraction of the typical rainfall.
Courtesy of the National Weather Service

But other regions received very little rain, like drought-stricken California and Washington, which sweated through a heatwave in late June. Very few regions received an average level of rainfall.

Dan Petersen, a meteorologist at the National Weather Service, described the trend as “unusual.” “It’s just been striking—instead of just being part of a season, we’ve had multiple seasons of this trend,” he said. 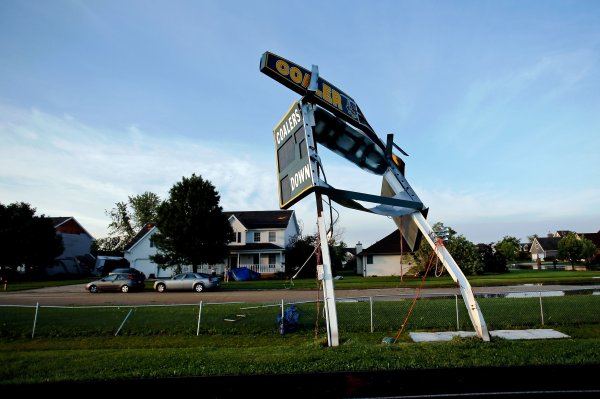 Tornadoes Sweep Across Midwest
Next Up: Editor's Pick