Review: The Haunting Rectify Explores the Zone Between Guilty and Exonerated

The typical murder drama would be maddening if it spent years without revealing who done it. (See the backlash when The Killing didn’t wrap up its murder case at the end of its first season.) There’s a murder at the root of the wonderfully atypical Rectify (whose third season begins July 9 on Sundance), yet it might threaten what’s special about the show if it did solve the crime.

For those of you who have not yet watched Rectify–the first two seasons are on Amazon, iTunes and Netflix–an introduction: Daniel Holden (Aden Young) spent 19 years on the row for the murder of a teenage girl, when he was very young himself. He was freed by DNA evidence and returned to his family in their small Georgia hometown.

But free is not the same as exonerated. He returns home to whispers, suspicion, resentment, expressed both emotionally and with violence. And even as a free man, Daniel carries the prison with him–the isolation, the fear of death, the brutalization.

In a striking scene from Rectify‘s first season, the simple act of walking into a Walmart–a massive store full of products and nearly endless choice–overwhelms him. Something as simple as doing laundry means acquiring a new skill set. And even now, when Daniel sits on a park bench with a book, he feels compelled to apologize–essentially, for his existence–when a woman approaches the playground with her daughter. Young’s performance is wonderfully deliberate; Daniel, he shows in his manner and bearing, carries his body like a weapon that he must assure the world constantly is unloaded.

Truth be told, we don’t know if that’s really the case. Daniel has confessed to the killing twice now, the second time at the end of season two, but under intense pressure and coercion. Rectify carefully leaves his guilt or innocence open; as his lawyer says of him in season two, it’s possible that–after the trauma, the stress and two decades’ incarceration–Daniel may not know himself.

The Daniel we meet, soft–spoken and tentative, might be an innocent man adjusting after 19 years of prison brutality. (A few locals connected to the case become nervous once Daniel is released.) He might be guilty, or guilty in part, but repentant. He might be a quiet enigma with a dormant monster within. At the end of the first season, he snaps during an argument with his stepbrother and knocks him out with a sleeper hold, leaving him to regain consciousness with his pants pulled down, a dominance move Daniel learned in prison. “It wasn’t rape,” he later confesses, “but it was violent and unhinged.”

Season three, for those of you already on board, picks up with the immediate aftermath of Daniel’s confession deal at the end of the second season, as he faces probation and possible exile from his hometown, which, for all his problems there, is the one thing he knows outside jail. The investigation into the killing continues, but, like this introspective series, it grinds slowly. In a way, the show is both complement and antithesis to the true-crime phenomena The Jinx and Serial; rather than attempt closure and a solution, it cares far more about how people live with the unknown.

So Rectify is most concerned with what we do know: that a murder case never truly ends, solved or not. Daniel’s family is roiled once again by his release: the sister (Abigail Spencer) who fiercely defends him and feels betrayed by his plea deal; the stepbrother (Clayne Crawford) who resents him; the mother (J. Smith–Cameron) straining to reconnect after two decades; the sister-in-law (Adelaide Clemens, in a transfixing performance) who reaches out to Daniel from Christian charity, then finds herself fighting romantic feelings toward him. (Among other things, this is one of the most thoughtful dramas now on TV about applied Christianity.)

The series is called Rectify, but it’s not just Daniel who’s struggling to get right. Everyone in this story is in an impossible situation; none, no matter how angry or spiteful, is painted as a villain. Creator Ray McKinnon has written a generous story, sweetened by luminous direction and Gabriel Mann’s hypnotic score. (Lest I make the series sound too somber, though, the new episodes also show that Rectify can be dryly funny, as when Daniel recognizes an old childhood friend he last saw before prison. “How are your turtles?” Daniel asks, to make conversation. “Well, they’re dead,” his friend says, adding: “I mean, they lived a good life.”)

The continuing murder case provides some plot drive, but Rectify’s main investigation is spiritual: into forgiveness, grace, the holiness of moments in a finite life. As Daniel says to the mother at the playground: “I’m nobody to be worried about. I mean, I came here to read. That’s why I’m here. Just to read. Never really read outside underneath the big blue sky. It’s almost too much.”

For Rectify, that little bit is just enough. 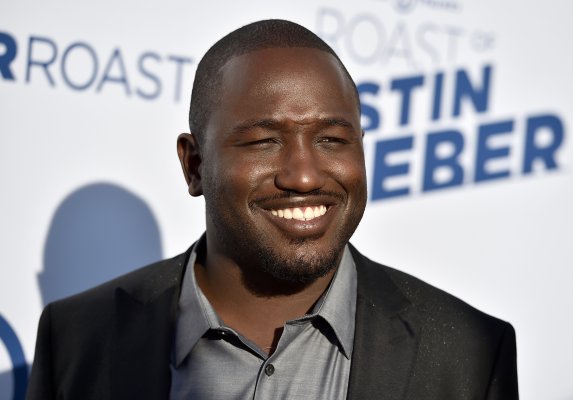