Here's the Trickiest Part of the Iranian Nuclear Talks

Foreign Minister of France Laurent Fabius (R) talks with U.S. Secretary of State John Kerry during the nuclear talks between the E3+3 (France, Germany, UK, China, Russia, US) and Iran in Vienna, Austria on July 06, 2015.
Thomas Imo/photothek.net
By Massimo Calabresi

After more than 18 months of talks, the U.S. and Iran are within striking distance of a nuclear deal. But diplomats familiar with the talks say the hardest issue negotiators have struggled with from the start remains unresolved: the nature and extent of international inspections to monitor the supposedly peaceful nuclear program Iran gets to keep under the agreement. Which means the final push for a deal is probably the most important.

The heart of the interim “political framework” that the U.S. and Iran agreed to on April 2 was a step-by-step-lifting of economic sanctions on Tehran in exchange for its commitment to allow international monitors to verify tough limits on its nuclear program. But the outline left unresolved just how much access the monitors would get and what would happen if there were a disagreement. “The interim deal was largely silent on verification conditions,” says David Albright, a former arms inspector and the president of Institute for Science and International Security.

What kind of access the IAEA gets makes all the difference in part because Iran has a history of cheating on nuclear deals. A signatory to the Nuclear Non-Proliferation Treaty, it committed to monitoring by the International Atomic Energy Agency (IAEA). But twice in the past twenty years it secretly built nuclear facilities that were only uncovered by aggressive intelligence work by the U.S., France, the United Kingdom and Israel. And Iran has never explained the research into nuclear weapons that the international community uncovered over that time.

Since the April deal, Iran has sent mixed messages on how much access inspectors would get to suspected nuclear sites around the country. On May 20, Iran’s supreme leader, Ayatollah Ali Khamenei, ruled out inspections of military facilities. But Iranian officials suggested to reporters last week in Vienna that the country would accept additional, intrusive inspections proposed by the IAEA. Getting those additional measures is key to U.S. and Western confidence in a deal. “The IAEA has to get better cooperation from Iran,” says Albright.

Even if Iran agrees on paper to the additional IAEA inspections, though, skeptics worry that in practice Tehran will block monitors. The U.S. negotiators have pushed for a system to resolve disputes quickly so that Iran couldn’t hide evidence at a suspect site before inspectors got there. How that system would work and whether Iran will agree to it are still unknown.

The final question is what happens if the IAEA and international powers actually catch Iran breaking the agreement. The U.S. has insisted that sanctions must be reimposed automatically if the IAEA finds violations Iran can’t or won’t explain them. While details are thin, sources familiar with the talks say both sides have made progress on that issue in recent days.

Ultimately a nuclear deal with Iran is only as strong as the inspections that verify its implementation. The question now is whether Iran will actually accept intrusive monitoring and if not, will U.S. negotiators have the fortitude to walk away after a year and a half of talks have brought them so close to a deal. 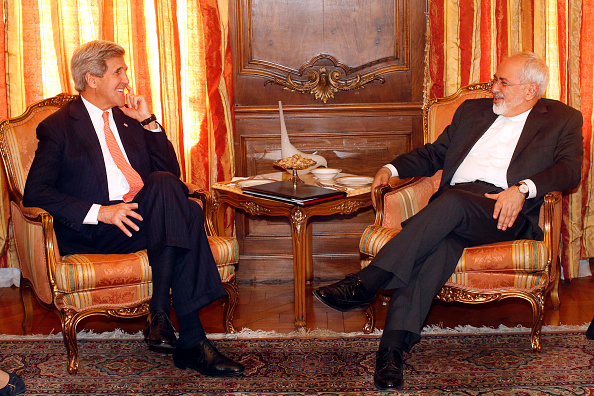 Key Leader Says Iran 'Never Closer' to a Deal
Next Up: Editor's Pick